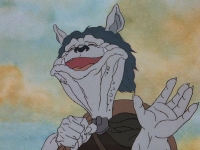 Today Lord of the Rings Online turns two, and I might even get to play it if my son settles down for more than 45 seconds.  They don’t come out toilet trained.  Did you know that?  Nobody told me.  I just bought some extra toilet paper (I’m not heartless, I bought Charmin), but now he needs something called “diapers”.  Sheesh.  I’m not made of money, y’know!

What… was I talking about?  Oh, LOTRO’s 2nd Anniversary.  Anyway, congrats to Turbine and all that — LOTRO had the distinction of one of the smoothest and widest launches back in 2007 since WoW, and has easily come into its own right.  Turbine’s celebrating by offering a new Welcome Back Weekend, as well as extra goodies for current subscribers.  I’m a little more than peeved they didn’t do a repeat of the 1st anniversary by offering the lifetime subscription for $199 (it’s at $299 right now), so I guess I won’t be dumping two hundred bucks in Turbine’s lap.  Too bad for them!

But enough snarkiness (sleep deprivation, dontchaknow) — the LOTRO team deserves a bit of applause for this milestone.  Two years ago I joined the Founders group of players for a bit of early access, and it is still one of my favorite pre-launch periods of MMOs that I’ve ever experienced.  Perhaps it was the level 15 cap that forced us into making alts that first week or so, perhaps the very small, close community that had as much fun farming as they did killing.  It will probably be the only level 15 “end game” that I’ll ever see in my gaming life.

I’m glad that the glowing reviews (even with current server and patchy bumpiness) gave me an excuse to try it once more, because it certainly is PvE refined, and because I found a great guild (which always contribute to 75% of a game’s fun for me).  Let’s just hope they are hard at work at another expansion for ’09 to keep the road going ever forward.

4 thoughts on “LOTRO: Two Years To Rule Them All”