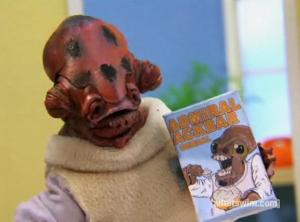 Sometimes I come across a great article or interview that I flag for future dissection when I have the time, and this four-page interview with The Old Republic’s devs is worth some serious crunching, chewing and digestion.  If you haven’t read it, make some time — this would be one of the first places I’d send folks who are skeptical about BioWare’s drumbeat over “story as the fourth pillar of gaming” (the four pillars, according to them, are exploration, progression, combat and storytelling).

So let’s look at the article and pull a few quotes about this famed “fourth pillar” that TOR is going to try to revitalize:

I walked into the demo expecting something along the lines of WoW with lightsabers. I walked out picking my jaw up off the floor, and scrambling towards the nearest PR guy to find out if there was someone, anyone, available to talk to about what I had just seen.

I like this quote because it is quite telling of what our expectations are for any mass-market, mainstream MMO: WoW with a slight twist.  For all those who say that BioWare is overhyping TOR right now, I disagree; I think they’re marketing it at a steady pace, but if anything understating how the game will be so that expectations will be overshot and then some.

Daniel Erickson: When we said, hey, we’re going to do our first MMO, the obvious [pillar] to talk about first, even though none of the pillars can stand without the rest of them, and none of them are more important than the rest of them, we’re talking about story first because story is the delta. It’s the thing we’re doing that other people have not done.

We’re approaching it the same way we’ve always approached storytelling in games, which is that you need to have a heroic, unique experience, with choice that affects what you do.

As an aside, why are people so very cynical when it comes to upcoming MMOs placing a marketing emphasis on features that make them stand out from the pack?  It’s as though any new promised feature is instantly hit with a backlast of tsunami proportions without giving the company the benefit of the doubt until they see it in action.  What do you want, a game company to come out and say, “Hey, we’re developing a MMO that’s 90% like all the other titles out there, so let’s talk about that 90%!”  That’s when you get games like Aion, whose main distinguishing feature is “players that can fly and fight in the air” from what marketing I’ve seen.

BioWare is quite right to highlight story as their big selling point.  The Star Wars IP is a biggie, of course, but hardly unique for a game company to have that brand — or even a MMO company.  MMO players have whined about how trivial stories and quests have become in this genre (weakening the games through and through), while at the same time BioWare has a proven track record of excellent storytelling, realized characters and nail-biting decisions in their RPGs.  This is exactly what they should capitalize upon, and not worry about the folks who couldn’t care less about storytelling in MMOs — BioWare shouldn’t be grabbing after their business anyway.

Because we did all class-specific stories for The Old Republic, we’ve allowed ourselves to basically make, “Knights of the Old Republic: The Smuggler,” its own game. Everything in there, when you’re playing a Smuggler, you feel like a Smuggler.

With only eight classes, four per side, it might seem like TOR is limiting itself in variety, but here is the reason for this decision: each class gets a full-fledged storyline.  This is not just big; it’s huge.  It means that if you really want to experience everything out of TOR, you’ll want to play the game through eight times — and they’ll give you a great reason to do so.

We can’t go into how it all works, but we didn’t want to separate the player base. We definitely are not a… there have been some MMOs that are basically instanced games with common areas. We didn’t want to go there.  What we wanted to do was be able to separate out people just long enough for the parts that were important for it. If you’re going to go have a discussion with your dad Darth Vader, you probably want to go do that by yourself.

This brushes against a concern of mine and others’: that TOR’s focus on single-player stories and unique experiences will mean a dramatic reduction in grouping and shared experiences.  I want to see more on this.

One of the things we do that makes it much easier, which you saw in the game, when you go into conversation everything else drops out of the world.  When you start up a conversation, everyone is on their stages and they’re able to play all of their animations, say all their lines, it’s very cinematic.

And the biggest one for me, and it’s one that people stop and think about it and then the realization hits them: No save button.  We have choices that affect your entire game, and your storyline, and what’s going to happen and how people see you, like the choice you saw earlier today.

In terms of their storytelling system, here’s where I’m going to point as their biggest potential problem with the players.  It’s a great idea, I love the thought of decisions having consequences, especially delayed or continuous ones.  Single player RPGs deal with this, such as The Witcher, and it makes your journey through the game far more immersive and substantial.

But.  And this is a big but (and I cannot lie, you other brothers might deny) — some players are going to HATE this.  Nobody wants to make a “wrong” choice, which is why SPRPGs have all those save slots and why folks (like yours truly) will pour over a walkthrough to make sure they do everything exactly right to achieve the desired outcome and most positive benefit.  Here BioWare is saying that we’ll be making choices like this all the time, without any saves, and we might not know until much later what reprocussions they’ll have.

Ideally, players will just go with the flow, make whatever choice they like or whatever they think their character would do, and see how it plays out.  That’s the best possible scenario.  The worst are players who will be crippled with indecision until they have a full-fledged walkthrough or quest helper to make their decisions for them.  How BioWare is going to sell this game to the latter crowd, I have no idea.  But it’ll be great if they can.

If you’re going to help the Smuggler, and you’re a Jedi-I can’t talk about the specific Jedi class, but there will be Jedi-there’ll be activities for that Jedi to do while the Smuggler is doing his quest, that will help him out…Daniel Erickson: Yeah, they can actually help him out and accomplish his goals.

Another, I’ll-believe-it-when-I-see-it, but I like this approach to including other classes into a specific class’ quest.  And, hey, Jedi.  Bet you didn’t see that coming!

With the end-game we can’t get into too much detail. We can say that the title of this IP is Star Wars. There’s lots of opportunity for conflict, conflict that doesn’t end.

This screams “PvP” to me.  What do you think?

13 thoughts on “Star Wars: There Are Four Pillars!” 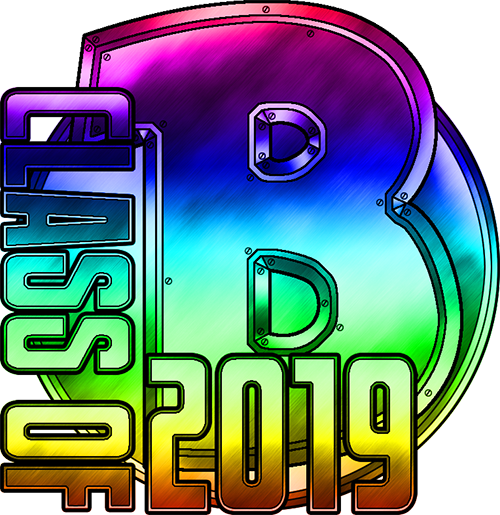