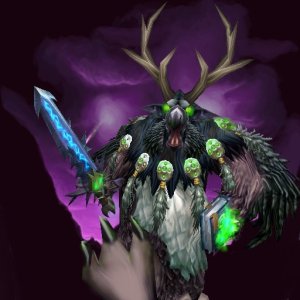 What is it with Moonkins?  Why are they so alluring, so attractive, so incredibly awesome?  Is it the forbidden fusing of nature’s natural enemies — owls and bears?  Is it the in-your-face /dance emote?  Or perhaps, it’s the sudden weight gain that defies every Jenny Craig on the planet?  Whatever the case may be, Moonkins forever, baby!

And on last week’s episode of Mutant Reviewers: