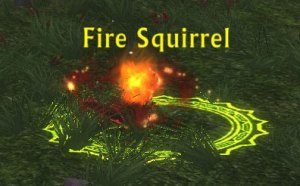 No?  Okay… guess I’ll go back to sitting on my thumbs over here.  But know this: It is really, really hard to do so.

Sure, we as a MMO community are beyond wary of pronouncing anything for sure, especially after we’ve witnessed the billionth commenter declaring that something is a “fail” or “success” or “microwave burrito.”  We haven’t seen any official reviews of RIFT, the game doesn’t even officially launch until tomorrow, and we won’t know the post-one month subscriber numbers for a while.

So why does it feel like a success anyway?  Because it does, it really does.  Every time I play the game, I’m feeling and seeing something I haven’t for years — a fully operational battlestation, er, MMO that is compelling, addictive, popular, polished and content-rich.  People are literally waiting for hours just to log in depending on their server, and while they may complain, they do it anyway because RIFT is kind of worth it.

A few days ago, Trion announced that they hit over a million registered accounts (note: not necessarily players), and ever since the head start, the studio has released dozens of new servers just to handle the crush of players.  And — let us not forget — it hasn’t even launched yet.

Okay, sure, this may be the whole week one excitement, the honeymoon period that every MMO gets.  People flock to it, check it out, some stay, some leave.  But usually by this point I can get a sense for what’s wrong with it and whether or not it’ll make or break — and all signs are pointing to “make” in a big way.

I’m not writing this just to be “First!” or anything, but because I’m really wondering if we’re witnessing the start of something larger than we — even long-time RIFT fans — anticipated.  I’ve heard whispers and mentions of a million-plus subscriber base, something that hasn’t even been broached by a major subscription MMO for years.  We’ve all seen how quickly the fanfare over World of Warcraft: Cataclysm has died off, and I’ve read plenty of first-hand reports of players flocking in droves for new territory.  Again, WoW tourists?  Perhaps.  But perhaps RIFT has enough WoW in it that they’ll stay and not look back.

I guess this is all speculation and gut feeling, but I wanted to say it anyway.  We knew RIFT was going to be big, but I don’t think we knew how big.  This puppy’s got legs, and I’m excited to see where it’ll go.

51 thoughts on “Can we call RIFT a success yet?”