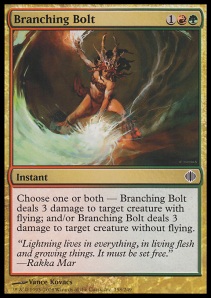 First of all, I’m all a-flutter over the one-plus week world event that’s starting in RIFT today.  In fact, as soon as I publish this post, I’ll probably be in the game scoping it out.

It’s definitely a good move on Trion’s part, for several reasons.  One, we’re at the one-month mark after release, and we all know that means it’s time for every player to consider whether or not this game is worth subbing.  Having something big happen in the game at this time is a good incentive to keep playing, and all of the other features of this patch help as well.  Video recording in game?  Does any other MMO come equipped to do this?  That’s pretty dang cool.

We’re also seeing that Trion held a few cards back from us, and is now playing them one by one.  That’s a tricky thing, because you really want to impress everyone at launch with a wide and deep arrangement of features and content, but you absolutely must have something new and surprising to unleash down the road as well.  We kept hearing RIFT devs talk about how the dynamic content wasn’t just about rifts, but was an effective toolbox to give them freedom to craft events.  From what I’ve heard so far, this world event is something much different and more grand than the smaller zone invasions or local attacks, and there’s even a new UI element to follow that.

So I’m going to be deep in RIFT this week even as my LOTRO Lore-master hit 50 today and I’m Eagling everything in the face as hard as I can.  Between those two games, I feel as rich of an MMO gamer as anyone has a right to be — but I think I need to branch out a bit.

It’s not that I’m restless, but that I really love MMOs and would hate to be so immersed in just two titles that I start ignoring everything else out there.  So I’m going to start lining up a list of very side games to explore and enjoy, perhaps on a day of the week I set apart to do this sort of thing.

8 thoughts on “Branching Out”