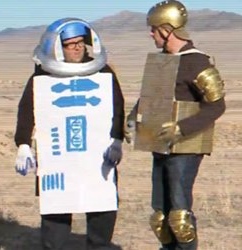 I was talking with my brother-in-law the other day.  He’s a major Star Wars fan who’s done a 180 on the whole Old Republic thing.  Initially, he was so wedded to World of Warcraft that he wouldn’t even consider other games out there, but happily WoW’s hold has weakened on his life to where he’s branched out into other regions of the MMOverse.  So when TOR came back around at E3, he happily jumped on board and hasn’t looked back, pre-order and all.

Of course, the problem with last week’s whole pre-order shebang is that while it’s great that we can reserve our copies and that it indicates the game is coming along nicely, it also broke into my protective shell that was helping me get through these months without thinking about the game too much.  Don’t get me wrong, I do love to indulge in anticipation, speculation, dev diaries and the like, but when I’m really anticipating a game, I don’t want to be thinking about it 24/7 any more.  That’s a recipe to be driven nuts, like a kid who can’t think of anything other than Christmas presents even though it’s still over a month away.  No amount of wishing, daydreaming or so-called “Force powers” is going to make time move any faster.

No, the only way I found to get to the date faster is to try to keep hype indulgence to a once-in-a-while thing instead of an all-day, every-day gorge-a-thon.  I’ve done the latter before (see: WAR), and while it is certainly a ton of fun, it also can be quite exhausting and frustrating when all you’re doing is speculating and analyzing instead of being able to play it.  I can’t believe that some sites have been churning out SWTOR articles and podcasts day in and day out for well over two years now, because you’d think that burnout would happen at some point.  Heck, that’s longer than some folks play an average new game.

I was a little disheartened to hear about the beta weekends in September, too.  Not that they’re bad things for the testing and promotion of the game, but because as a blogger it’s terribly hard to ignore popular betas even if you’re not a big fan of them.  You know that if you give them a pass, others won’t, and you’ll already be behind on Day One.  Maybe that’s shallow, but that’s how I feel.

My guess is that we won’t see SWTOR before early December, so there’s no use getting all in a tizzy at the end of July here.  Fortunately, I have plenty to keep me occupied: a new project in LOTRO, LOTRO’s September expansion, getting to 50 in RIFT, and filling up my Hall of Monuments in Guild Wars (I’m up to 10?  Maybe?).  Time to stay focused and not put all my Wampa eggs in one basket!

9 thoughts on “Hunkering down through the hype storm”