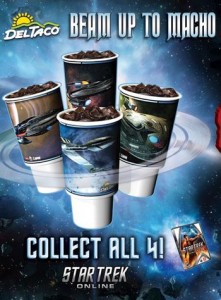 Yesterday I finished up the Guild Wars Factions campaign, marking the length of this journey so far around a year or so.  It’s a nice feeling of accomplishment, coupled with the realization that I’m finally making real progress on my Hall of Monuments (and can, y’know, actually see said Hall pretty soon).  I’m trying to suss out how I can get two more titles without a huge amount of time and effort, but I don’t see any shortcuts presenting themselves.  It’s either grind or time at this point.

That’s probably fine, since it’s not like Guild Wars 2 is beating down our door here.   One step at a time and you can walk around the world, although the wet stuff is probably going to impede your progress.

Looking over Hall of Monuments details last night got me thinking about just how much I appreciate having something — anything — to do in preparation for an as-of-yet unreleased title.  Lately it seems as though studios are giving players more to do to fill in the gap of the long wait and take the edge off the impatience:

Heck, even giving us special promotions to hunt down in the real world (like Del Taco’s STO shuttle offer) is usually preferable to sitting on one’s butt.  It’s a satisfying feeling to not only be given a task to do, but to know that that task will ensure you a nice little bonus, toy or trinket in the game when it launches.  It’s why the appeal of pre-orders (with their assured bonuses) is so strong.

I know dev teams are pretty much absorbed 100% with testing, polishing, and creating new systems for the game in the months leading up to launch, but if the studio can swing it, special promotions, games and tasks can not only appease anxious players but grab some extra publicity in doing so.  After all, there’s never going to be a time post-launch where the studio has the playerbase’s attention so fully as it does prior, so why not take advantage of that?

3 thoughts on “Waiting for launch? Give us something to do!”