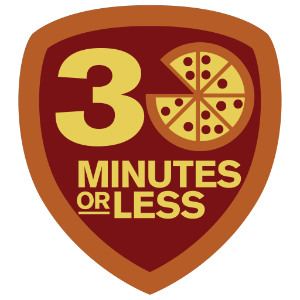 One of the reasons that I’m happy to be an MMO gamer in 2012 versus an earlier era is that my time has become extremely precious to me, and happily, most MMOs have changed to accommodate shorter gaming sessions.  It’s one way that MMOs have come into alignment with the rest of the video game industry, allowing us to play in both burst and marathon modes.

So not only do I have less time these days (and, come this September, baby #3 will probably eat into that a little more), but I’m enraptured by a wide range of titles.  The days of playing just one MMO are fading fast in the rearview mirror, and I’m constantly enticed by other titles when other players, bloggers, and friends talk about them.  What to do?

I’ve actually adapted something from my work day into my gaming day, which is to divide my time into 30-minute segments and allow those segments to structure my gaming time.  I know that my personality is such that I can get sidetracked by a single project for a long time while ignoring others, so at work I start the day by saying “From 9 to 9:30, I’ll do X, then from 9:30 to 10:00 I’ll do Y” and so on.  I end up being way more productive and don’t feel as overwhelmed.

Unless I’m looking to join in with groups or do longer content (say, dungeons), this applies terrifically to the MMO juggler.  Most nights I give each MMO under my wing a half-hour (sometimes a little more) of play before rotating to the next one, and it’s actually been a lot of fun.  Okay, sure, I don’t make huge amounts of progress in any one game in an evening, but a half-hour is a few quests at least — and those add up over the span of a week.  In Star Trek Online, it’s a good story mission.  In LOTRO, it’s a quest hub.  In SWTOR, it’s the next leg of my character story.  In Fallen Earth, it’s some crafting and exploration.

I guess it comes down to the drive to get to the endgame versus appreciating the journey and being okay with taking one’s time walking the road.  Sure, sometimes it’s a little jarring to shift every half-hour or so to a different game, especially if I was really getting into my groove, but I adapt quickly enough.  It’s also helpful to take notes on what goals I’m actively working towards in each game so that I don’t have to spend the first ten minutes trying to remember what I was doing last time and what I need to do now.

Not every night is divided up like this, either.  Sometimes I give myself permission just to focus on a single game if I’m feeling the urge to do so.  But more often than not, the revolving method comes into play, and it sort of feels more natural to do so — it’s how I used to play console games, swapping cartridges every so often during longer sessions.  Time should bow to the player, not the other way around, right?

4 thoughts on “The half-hour gamer”