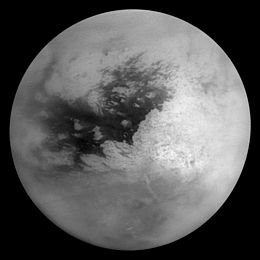 The big news of the day (or yesterday) is that Blizzard has apparently decided that its quite-secretive Titan project needed to be torn down and rebuilt from scratch.  Or something.  Since the studio is barely saying anything about this project, we’re left with a lot of rumors and dubious reports to give us a sketchy idea of this black bag MMO.  The only thing that Blizzard said is that it needed to overhaul the technology or adapt like the Borg or… something.  I kind of get a Duke Nukem Forever vibe here — how many times did that team restart the game from scratch due to a new engine?

Anyway, here’s my completely unwanted and unheard advice to Blizzard: You should completely scrap Titan.  Like, burn that puppy to the ground, move on, and don’t look back.  It will not end well for you if you proceed.

Wow, that does not  sound like the game-happy, usually positive Syp, now does it?  No it does not.  But the more I think about it, the more I see so many ways this could go wrong and only a couple where it could go right.  TLDR: It’s a massive risk for the studio and players will be expecting the devs to strike lightning twice.

If anyone could do that, it would be Blizzard, right?  The studio is well-known for several attributes: It develops at a glacial pace, it puts a huge emphasis on polish and iteration, it has no compunctions against pulling the plug on products that it sees as sub-standard (Starcraft Ghost and Warcraft Adventures), and it does not like to take risks at all.

But that’s what Titan is: It’s a huge risk, especially if the studio is creating a new IP for it (I’ve heard conflicting reports on whether it is or not).  It doesn’t just carry the standard risk that all MMOs have, even from established and experienced game studios, but it has additional risk due to the overwhelming expectations that Blizzard’s legions of fans will have for it.

In a way, I have sympathy for Blizzard because World of Warcraft’s monumental success also became the studio’s biggest obstacle to developing a new MMO.  Everyone will be comparing the two, even if they are light years apart in similarity, and everyone will be expecting a monster, 10+ million player hit on day one.  What we tend to forget is that WoW launched at this golden sweet spot for  a potential hit of an MMO, not to mention the fact that it took some time to swell up in subscriber size (in other words, it wasn’t at 10 million subscribers at the end of the first month).

Blizzard cares deeply about its reputation and position as an industry leader.  That’s another obstacle, because any stumble, no matter how small, will be taken and used as a weapon against it by capricious gamers.  For example, while Diablo III has sold quite well and boasts a healthy population of players, the error 37 and auction house debacles have damaged the game’s reputation while slapping some egg on the face of the studio.  Blizzard has had to learn humility over the past couple of years, and it is odd and unnerving to see this formerly arrogant company stuttering out apologies.

This brings me back to Titan.  Maybe it will be a wonderfully polished product that will gain a huge day one advantage due to Blizzard’s built-in fanbase.  But it will also be compared mercilessly to World of Warcraft by fans who will want it to be a successor and provide that new-car feeling all over again, it will be mercilessly examined for weaknesses, and it will find that it’s dwelling with the rest of MMOs instead of  automatically being at the top of the pack.

I don’t know if Blizzard can handle that.  I totally would not blame the studio for feeling like it was a deer stuck in headlights, doubting and rethinking its every move.  Maybe this delay is just to buy the company some time to see how the competition launches and figure out if their product can top what’s coming from Bethesda, Carbine, and the rest.  But if I was in charge, I’d say scrap the project and focus elsewhere.  Making a full-fledged MMO right now is painting a huge target on their forehead and sets the studio up for a showdown that will only have one of two outcomes: Either it will miraculously be a huge, polished success, or it will be devoured by the wrath of gamers who have been waiting to pounce on the big dog for some time now.

12 thoughts on “Scrap the Titan, Blizzard!”