So to follow up from a previous post about scheduling my week with a single MMO given its own regular day, here’s what I’ve come up with:

It’s not fixed in stone or anything, of course.  I’ll give it a try, see how the games and nights work out.  Guild Wars 2 is on Sunday because my guild is most active then, TSW is on the regular group night, I’ve been told that some friends get together on Wednesday evenings for RIFT, my old SWTOR guild is doing a once-a-week thing on Thursdays now, and I’ll give Defiance a try because $10.

Considering the mountains of complaints and concerns I’ve received that I haven’t been talking about Zork this week, I am here to assure loyal text adventure fans that I haven’t given up or anything.  It’s a weird week, schedule-wise, and I don’t really have my normal lunch (and ergo, my lunch break gaming session).  I do want to get in at least one more session of Zork and wrap it up with some final thoughts, but in the meantime I thought it’d be good to look ahead and start preparing for the next classic game that I visit for a playthrough.

This time around we’re eschewing adventure and RPG in favor for other games.  Here’s what’s available in my library right now, so vote and let me know which one you’d like me to play! 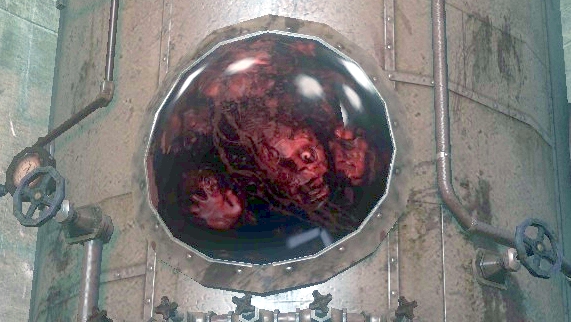 This caught my attention while our TSW group was going through the Slaughterhouse.  It’s creepy and haunting and disgusting.  I would not want to be on his side of the glass.

It’s been a weird time right now for me.  I don’t know if it’s the mid-summer whatevers, but how I’m gaming right now isn’t working for me.  I’m feeling too scattered in a gaming session, and I know that you’re out there right now shouting, “Maybe that’s because you try to play a dozen different MMOs, ya chowderhead!”

So I’ve been doing a lot of thought about how I’m gaming, what satisfies me, and what feels either more stressful or like a job.  I’ve come up with a few conclusions:

It really comes down to two different approaches I could take right now.  I could either focus on one or two MMOs and most likely burn out on them and feel like I’m missing out on too much other stuff, or I could rotate games on a nightly basis.

The latter isn’t something I’ve ever tried, but I’m going to give it a go to see how it flies.  Maybe a two-week trial or something.

The plan is to map out my week so that I tie a game to a specific night, and hopefully sync that up with friends or a guild to play with.  I’m also going to kick off my night session with a half-hour of exercise-slash-reading (huzzah for stationary bikes and Kindles), vowing to get that done before I settle in to game.

I don’t have a specific schedule in mind yet, but I can say that I feel a bit relieved at changing this.  I like a nice fat game session and there are a couple of other MMOs I wouldn’t mind working into the week.  I might just schedule the week nights while leaving weekends as free-for-all, anything-goes.  I won’t be a serious raider (or probably even a casual dungeon runner), but it will give me time to work on a main character in that game and stay on top of the latest content.

I’ll definitely be sticking with TSW, LOTRO, and RIFT.  Guild Wars 2, probably, although you already read my frustrations with it yesterday.  Maybe I just need to ignore the living story for now and do my own thing.  Fallen Earth?  I’m loving it right now but I don’t know about a long-term stay in that game.  It’s a serious time hog.

So what titles would I like to work in?  DDO, oddly enough.  The expansion has me excited and if I could find a weekly group, that’d be fun.  Now that Defiance is $10, I might give that a look.  Anarchy Online is a big perhaps.  Other prospects include City of Steam, EverQuest 2, and SWTOR.

Does anyone basically just play one game on one specific night of the week?  I’d love to hear how it works for  you.

This week on Battle Bards, Syl, Steff, and Syp sail off to Norrath for a good dose of EverQuest 2.  It’s a truly massive soundtrack with plenty of stellar pieces to plunder, although it does sound suspiciously more like a movie score than something in an MMO.  Intentional or not?  Listen and decide for yourself!

Special thanks to Tesh for the Battle Bards logo!

Dodge and I agreed to do one final episode of Too Long; Didn’t Listen to wrap things up and say a proper goodbye.  As such, we’d love to cover as many topics as possible from you!

So get in your topic suggestions to us either in this comment section or on Twitter.  Let’s do this!

If you’re a blogger or wanna-be blogger looking for a support network, here’s one that came to my attention today for you to possibly check out:

Hey Syp, a year later I still can’t thank you enough for the Newbie Blogger Initiative! It was really fun and inspiring. It led me to post more and I made new friends.

Today I’ve launched a new project that I hope will have a little bit of the joy and value that NBI did:

It’s a site where Avatar Bloggers from any MMORPG can ask, answer, and chat about their blogging. I hope you’ll drop and say HI when you have a chance.

I am having such a hard time convincing myself to log into Guild Wars 2 lately and I’m frustrated at trying answer “why?” to myself.  I like the game’s looks and combat.  I like the classes and general world-roaming, event-gobbling nature of it.  I really like the new achievement system, although I am a little peeved that unlike some games, GW2 doesn’t feel that it needs to list sub-achievements under each header (such as the names of the two missing areas I need to find in a 175-area region).  I like the minis, the holidays, the flamethrower.  So what is it?  Why now?

I think it’s coming down to the living story — or just story period.  As in, I’m starting to wonder if ArenaNet can really tell a tale that will keep me captivated, or maybe it’s just this new storytelling style of scrambling through an achievement list of new minigames that isn’t doing a good job of getting it done.

I’m feeling both overwhelmed and underwhelmed with the living story lately.  I’m overwhelmed that it’s rolling in every couple of weeks now, making me feel as though I’m perpetually behind the curve and trying to catch up with whatever needs to be done.  I’m underwhelmed because I still don’t get how this scattershot activity setup is supposed to be spinning a great yarn.

Right now there’s some sort of election between the human that’s obviously going to win because she’s (a) a cute girl, (b) the race that 70% of GW2 players roll, and (c) she’s virtuous or somesuch.  We’re supposed to cast our vote for one of them based on what they’re promising, which isn’t much: a discount to either waypoints or lootbox keys, one new dungeon or another new dungeon, and the exact same promise to rotate the exact same minigames.  I don’t care about either of them.  I don’t know why I should care.  I’ve seen their short cutscenes and found myself running around the room while they chatted because that’s how interesting it was.

And to support our candidate, we’re not just supposed to vote but run races!  And play Hunger Games-style survival brawls (which does sound interesting).  This makes sense how?

They’re running for office because some guy I don’t remember got assassinated a couple of living stories back that I wasn’t there for.  Before that I think the bad Charr were annoying the crap out of me with sonic periscopes and there was a son of the Norn lady who hasn’t been seen since.  This is the level of comprehension that I have regarding the living story up to this point.  It’s rather sketchy, but I don’t think it’s just my lack of interest.

I just don’t get how any of this tells a story better than the tried-and-true quest text box or interactive cutscene (a la SWTOR).  An achievement list is not a substitute for a fleshed-out quest.  It can be fun, yes, but it’s a poor storytelling engine.  I’m doing stuff… because.  And without a quest to guide me, I’m stressed because I have to piece together my own quest out of these achievements and try to figure out what is where and why.  It’s taking a step back while pretending to progress forward.

I can’t find it in me to care about the latest new NPCs that ArenaNet is shoving in my face because I know they’re going to go away soon to make room for the next big-eyed Charr.  And as with the personal storyline, I still feel very much like a semi-involved spectator fiddling around with events that are happening to others.  It’s not about me in the least.  And in-game ego or not, that contributes to this disconnect.

I’m tired of feeling behind the curve on content that is a shade too grindy and somewhat uninteresting.  I miss concentrating on what Guild Wars 2 does best, which is provide cool zones to explore and plunder while getting swept up in dynamic events.  But the pressure, the pressure to do the living story content with its ticking-down timer keeps me from ignoring it altogether.  If I don’t do it now, I’ll never get the chance again.

I’m sure this sounds like a huge gripe post.  It’s not.  It’s me, as a fan of Guild Wars 2 in general, flailing my arms in frustration and fear that this game is losing me. 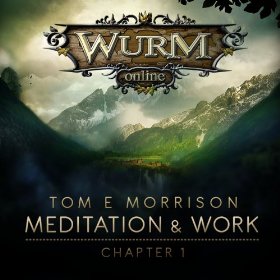 Just a heads up to my fellow MMO music lovers: Wurm Online has begun to release concept albums for the game.  The first, Meditation and Work: Chapter 1, is now available with two other albums on the way.  I’ve updated the MMO Music page accordingly.

As always, if you know of any free MMO soundtracks or digital albums for sale that I don’t have on that page, please let me know!

Via LOTRO Players and a couple other sources comes the news that Turbine’s doing a major forum/website update on the 29th.  The big plus here is that we’ll get a convenient all-in-one community page with relevant news and the forums should be much improved.

However, I’m quite sad to hear that Turbine’s discontinuing both the Lorebook and player blogs.  The Lorebook was a useful secondary source of in-game info (after the LOTRO Wiki) and its loss will be felt.  Even more so is the puzzling demise of player blogs.  I don’t know how many people used them these days, but they used to be somewhat popular.  I know that if I had invested time into writing one and the studio just up and killed it, I’d be a little miffed.  I guess that’s a good reason why you should never, ever trust a studio’s own social or community network instead of a third-party source.