The Best of Bio Break 2013 is a series of “end of the year” lists that talk about various forms of entertainment that I enjoyed this year.  They’re not awards, but they are ranked.  Each entry doesn’t have to be something that came out this year, but merely something I encountered this year. 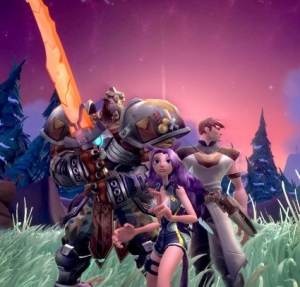 Today I want to talk about what games I’m most anticipating with the new year, the games that I wish I could be playing right now:

No big surprise here, right?  There’s just so much here that feels custom-tailored to what I love in MMOs: choice, colorful graphics, sci-fi western, housing, pets, and bizarre humor.  I got to play the beta and talk about it, and I can say it’s definitely the real deal in terms of what the studio’s been promising.  A lot of people have “the” upcoming MMO they’re holding out hope on, and this is mine.  Can’t wait to play it in a live environment.

Yup, another no-brainer.  The first season was one of the best adventure game experiences I’ve ever had, and I am excited and a little nervous to see what Clementine gets into with the next chapter.

With EverQuest Next pretty much not a possibility for 2014, I bet a lot of folks are going to be stampeding to Landmark for a fix.  I also bet that this is what SOE expected (Landmark probably would be largely ignored if it launched at the same time as EQN).  Still, I’m in.  The building looks kinda cool, and at least there are worlds to explore and some element of MMO progression to it all.  This will be the wild card of 2014, make no mistake, and could have a huge impact or practically none at all in the industry.

Early backers are in the beta and the reports are good, very good for this sequel.  I love post-apocalyptic settings and hope that this game will hit all of the marks to make it as engaging as Fallout once was for me.

Hey, I always end up buying the new Sims games in the numbered franchise (I’ve never bought an expansion, however), for the house building if nothing else.

6. Shroud of the Avatar

Could this be the UO/Ultima sequel fans have wanted for years?  Since I’ve never really played either, I have no dog in that fight, but I do think that there’s a lot of interesting ideas going on here with the overall project feeling a lot like the early days of making MMOs instead of these bloated budget products they’ve become.  Plus, Richard Garriott’s enthusiasm is quite infectious.