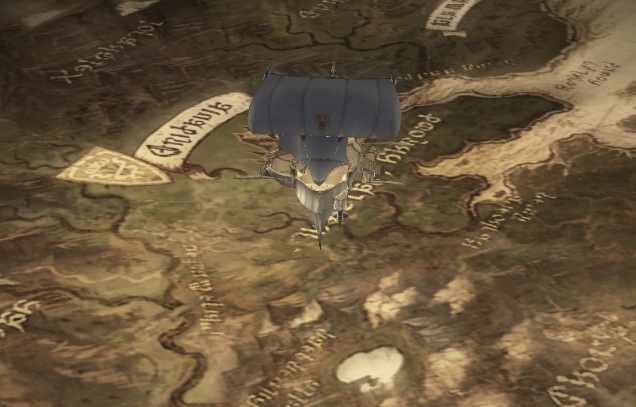 My computer headaches aren’t getting any better, at least this week. Yesterday my replacement CPU cooler arrived in the mail amid a yucky snowstorm, and I set about putting it into my machine. This project came to a halt when I realized that the heat sink was far too tall for my case and there was no way to reconcile that fact. I would have to get a smaller one. So now I’m waiting a few additional days for yet another one and relying on my laptop for the time being.

At least it can run Final Fantasy XIV, albeit with long loading screens. I’ve decided to stop running daily roulettes, at least for now, to focus on the main story quest. I know there’s a long, long road ahead of me just for doing this, and while I’m fine with it, this past week’s 3.2 drop made me feel like I was missing out on all of the new toys.

At least the story is really picking up. Now that we have the (ahem) Enterprise, Cid’s memory is coming back to him (why did it ever leave? Maybe we’ll find that out later) and apparently he had a vision of me a long time ago when I was just a twinkle in the eye of a character creation screen. I’m definitely warming up to Cid, although I still prefer FFVII’s sarcastic scoundrel as a more interesting version.

After getting a stone that was digested and presumably pooped out by a fuzzy bunny, we used this stone to penetrate gale force winds and land in the heart of another primal’s fortress. This time around the fight was against a four-winged harpy goddess who liked to talk big and die even bigger.

Speaking of wind, one little detail about the game that I dig is that any time there’s a storm or strong wind, it whips around my hair and clothes. Gives it more of a virtual tactile feel. 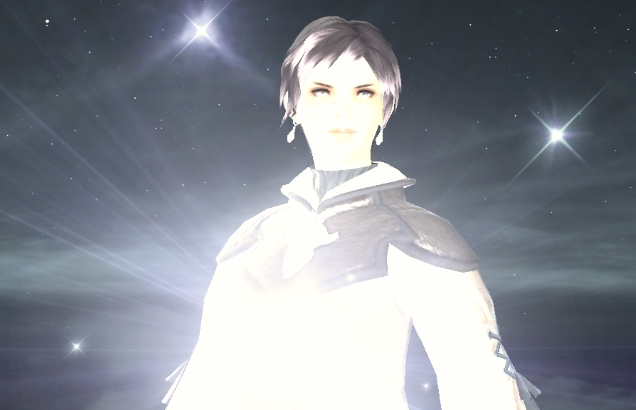 It’s the game’s new ultra-airbrushed mode! What, too much?

After that primal fight was a long, long, long series of cutscenes. I’ve certainly heard that FFXIV loves it’s lengthy cutscenes, and while I’ve experienced plenty of smaller ones in the past, this was the first one that could’ve used a commercial break. I’m fine with them, except that it’s rather annoying to have to keep constantly clicking after every single line of dialogue — especially when the cutscene goes into full-voice mode. Should be a toggle for that.

From there the story moved to the rebuilding of the Seven Scions’ HQ. I kind of wondered where everyone went after the attack and who survived, and I thought it was pretty strange that our characters didn’t immediately investigate this, but oh well. Turns out nobody really important was killed, but we’ll probably be needing to do a jail break in the near future.

I ended the session rescuing Biggs and Wedge in the snowy mountains from Imperial entanglements. The quest name “Notorious Biggs” about made me snort coffee out of my nose.