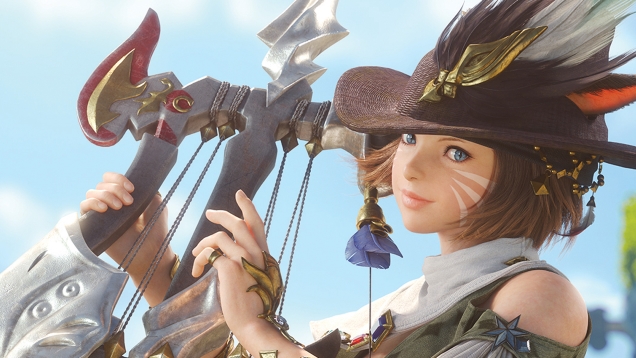 Seeing as how this will be my final MMO-related post of this year, I thought it only fitting to look back over 2016 and recall my exploits in MMORPGs. While I did dabble here and there in various titles, such as Firefall, ESO, and Trove, for the most part my year was dominated by six titles — none of them surprising, but all fun and influential in my gaming career.

One of the best things that happened for me in terms of playing MMOs was getting a new computer that could actually run them well. That’s been such a boon.

At the beginning of the year, I had made a resolution to find a “home MMO” and settle my butt down to mostly focus on one title. Initially, that became FFXIV, as it was fairly new to me,, had a lot of positive word-of-mouth, and offered a lot of content.

I had a good run in that MMO, I think, although around April I decided that I had run out of steam and was losing the will to play it. That was unfortunate, because I was finally nearing Heavensword content and had found a really great guild, but alas. In retrospect, there was a lot I ended up respecting and liking about the game as well as a lot of irritating issues. I think my biggest gripe is that it never quite clicked with me even though people kept urging me to stick it out because, I quote, “It gets really good later on!” I shouldn’t have to wait more than four months for a game to get really good, and my patience wore out. Maybe I’ll go back some day. I’d like to think so. That Red Mage looks pretty cool…

WoW got its hooks back in me early and kept them there, pulling me right back into this old favorite. The first half of the year was spent plowing through Warlords of Draenor, building up my expansion, and prepping my roster of characters for the new expansion. The second half was all Legion, all the time, and it’s been a really good ride so far. Found a terrific guild, got a pair of legendaries, built up my Death Knight to a great place, and still have a good amount of content on which to chew.

The announcement of Starfall Prophecy got me back into RIFT, and it’s been a reliably second-tier MMO interest since then. Again, discovering a wonderful guild — perhaps the best I’ve been a part of in MMOs — was a major factor to my stickiness, but having an expansion’s worth of content and a new house to build certainly kept me busy. I have just so much left to do here and no real desire to leave.

Back in February I seriously splurged and bought a Grand Master membership, which I really don’t regret doing. The constant buffs to currency/AP are wonderful, the extra cosmetics and mounts nice, and having a monthly allowance of points is terrific. I did take a long break in the middle of the year due to my disinterest in City of the Sun God, but I finally rallied to complete that and move on to Transylvania. I’m hugely excited to see what might come for this game in 2017!

Star Trek Online has been an on-again, off-again journey. I get really excited about it for two or three weeks, then let it go for a month. I did come back for some fun adventures, although getting bogged down in Delta Rising was death to my interest. Recently I’ve jumped past that and gotten excited to go through the more recent episode arcs.

(6) Lord of the Rings Online

Early in the year I spent some time getting through the Battle of Pelennor Fields, after which I took a very long break until just recently. However, over the past month I’ve been logging in every day or two to advance my Captain through Update 19 in anticipation of the Mordor expansion next year. It’s great to be back and I hope I won’t leave any time soon.

Stay tuned next Monday as I post my hopes and aspirations for the new month — and the new year! In the meantime, let me know in the comments what were the most important and influential MMOs to you in 2016!