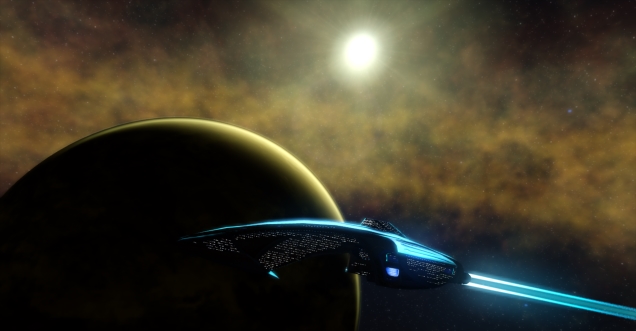 Since it’s Star Trek Online’s anniversary and the launch of a new season and all, I figured I owed the game some time. Even though I have a few episode arcs to catch up on, I went ahead and jumped into the new Season 12 mission, Of Signs and Portents.

Plus, as with most new episodes that STO releases, there are some limited-time rewards for running it, including a couple coming up in, um…

1999? Is this Cryptic’s way of saying that the studio has mastered time travel? Are we to be sent back to the Clinton era? Gotta brush up on my Matrix memes and warn the world about the Nokia N-Gage!

As this is the first of a line of eventual quests, there’s very little meat to it. I’m sent in along with the Klingons and some other alien race that I have yet to meet in the episode arcs to investigate some planet-destroyin’ that’s going on with protomatter bombs. Those are the BEST bombs, by the way. So much better than antimatter, doesitmatter, and promatter bombs.

The big baddies this time around are the Tzenkethi, or as I like to call them, the Tzatziki, because I love my Greek food. Can I just admit that one of my pet peeves is how annoying most Star Trek alien race names are? It’s like the writers gave up after the 189th race and just started slamming letters and apostrophes together in the hopes of creating something mysterious-sounding. 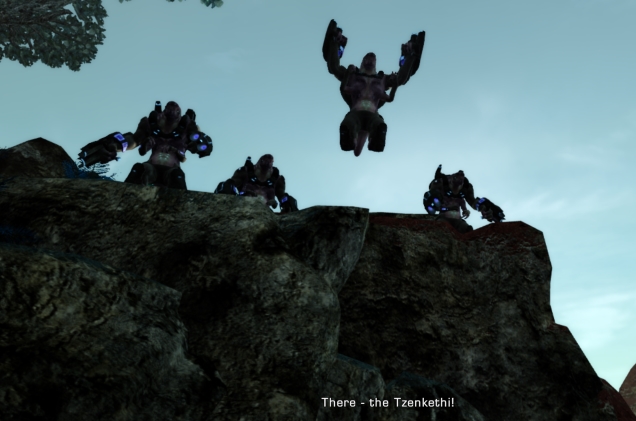 I don’t think these aliens are all bad, not really. For one thing, they’ve got these sweet cyber-armor outfits that look like something an alien extra from Mass Effect would wear. For another, the first time you see them, one does a cannonball into a pool. Dude just wants to party. 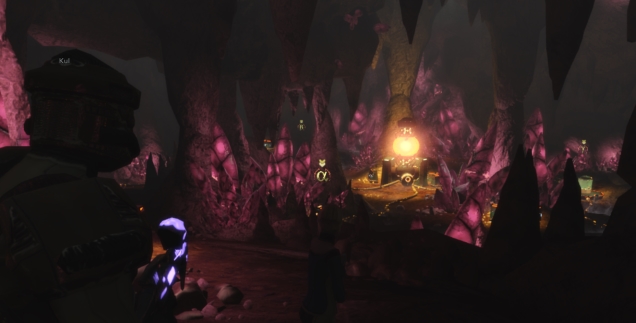 Hey, it’s a bomb! Looks like the whatever-they-are are trying to get rid of crystals, so I’m guessing that it’s a big fake-out and we’ve yet to meet the real threat going on. I hope these lizard guys end up being on our side. Would love to recruit one for my bridge crew.

There’s more ground combat in this mission than space, and I think I’m coming to terms with the fact that my shotgun, while cool to look at, is a poor weapon in this game. It just doesn’t shoot fast enough or handle quite right. Alas.