Every so often when I enjoy a good fictional franchise of some sort I get a hankering to replicate that experience in an MMO. I can’t be the only one who creates thinly veiled mockups of book, TV, or movie heroes in a game (at least the concept; I don’t try to replicate looks or create a twisted version of the in-canon name). So this week I’ve been reading the fourth Greatcoats book, Tyrant’s Throne, and once again feeling a strong urge to play a Three Musketeer-type in an MMO.

This, upon deeper reflection, is not as easy as it sounds.

My thought experiment today is to try to find the best game and class that would hew to a finesse-oriented sword fighter who (ideally) wields at least one rapier and possibly a pistol as well. It would be a class or build that focused more on precision and rapid attacks than powerful swings.

Is there really a class like that out there? MMOs have no shortage of warriors with giant two-handed slabs of metal, paladins with their sword-n-board, and “blender” types with two swords and a penchant for swirling about. But not a lot of fencers and duelists come to mind. So I decided to investigate on the premise of making a character that was as close to the fictionalized ideal of a musketeer as possible.

Let’s get the obvious one out of the way: FFXIV’s Red Mage. It certainly has a look, with the flouncy hat, long single-handed sword, and quick attacks. It’s a strange hybrid of melee and magic, with half (more?) of its moves devoted to long-range spells, dashing in for some swordplay every so often.

Guild Wars 2’s Mesmer, oddly enough, has a candidate as a musketeer in the Mesmer. When she’s using a one-handed sword and pistol, she looks an awful lot like a fencer and can do some wicked moves. Again, some magic at play, particularly in the field of illusions.

If I want to hold out for Crowfall, there will be a Duelist in the group, and that seems as close to the pure concept as we’re going to get. Looks like it was definitely inspired by the musketeer fantasy too. 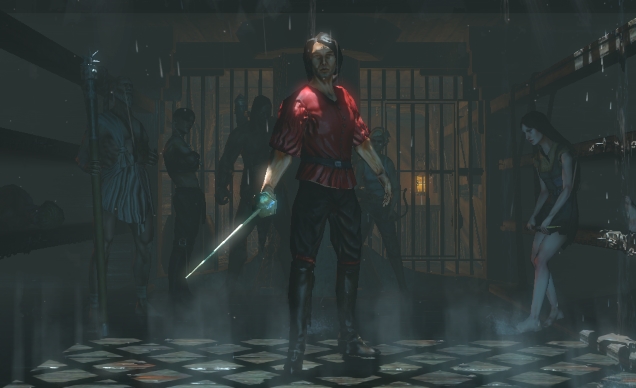 Blade Dancer in RIFT is a little along these lines, although it felt more rogue-ish with all of the waving around of the swords/daggers than precise.

Another game that has a Duelist is, why not, Path of Exile. Even looks the part, so I might have to give that a try.

An option would be Dungeons and Dragons Online. The class builds are pretty flexible and I know that there are rapiers in the game. Probably a bard build?

Tree of Savior has a fencer sub-class, as does Rose Online and Grenado Espada. Warhammer Online’s Witch Hunter was definitely in this vein, but that ship has sailed.

And of course, if I wanted to go to the scifi end of the spectrum, Star Wars might have a class or two that likes to duel with glowy swords.