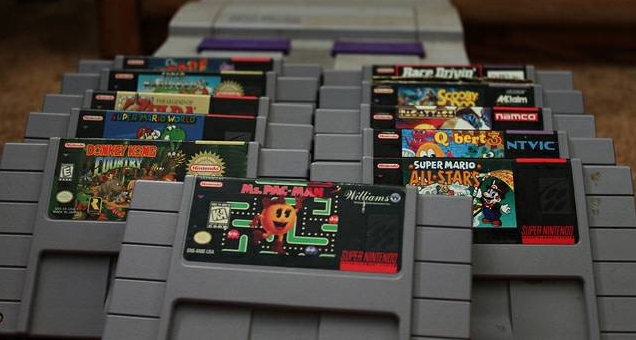 Time and money. Money and time.

Two things I’m often very short on these days and work against the idea of harboring a collection. But it hasn’t stopped me from being wistful that, as a geek, I don’t really have a collection. I kind of wish I did. I have collected things to varying degrees over the years but not seriously and not extensively. I have some SNES games, but not really a collection. Star Wars Legos. MMO memorabilia. I tried vinyl collecting for a hot month last year. But not really having time to commit to cultivating a collection and the funds to support it keep killing it.

I feel like I’m maybe not as interesting or fulfilled without one, sometimes. I have a friend whose “thing” is collecting PEZ. He’s been doing it for decades now and has an amazing collection. He’s even got a tattoo. Everyone knows that’s his collection and supports him in that.

Lately I’ve been feeling a pang of envy when I watch YouTube videos of fans that have these amazing collections of various things (usually video games). I’m not envious of what they own, but that they have a thing. It makes me wish that I had collected cool art or had been more serious about accumulating a game collection back when I had a lot more time and spare income for it. Now I don’t know if it can ever really happen. The console game market seems a lot more pricey and rare now that people have been more aggressively collecting through ebay and craigslist, and I don’t even know where I’d start. Plus, with the re-releases like the SNES Classic, I wonder at the purpose of even having such a collection.

But I still kind of want one.

Another issue I have with collection is where to put one. I don’t have a lot of space in our house that is actually just mine. We have four kids and a smallish house, so my space is pretty much a desk and a bookshelf. We’ve talked about carving out part of a room as a den, but I’d feel selfish when the kids are already bouncing off the wall for lack of space. A physical collection of items would require a lot of shelf space no matter what it is, and that’s why I asked family members to stop getting Star Wars Legos for me. I just had no more space for them (and wasn’t super-interested in amassing a great amount of them).

Probably the one thing I do collect a lot of and organize is music, particularly video game music. This is not a boast, but I genuinely think that I probably have one of the largest MMORPG music collections out there right now. I’d be very interested to meet someone who has more (and peruse his or her library!). It’s satisfying to collect and organize and possess a wide range of something you like.

Maybe this ties into another part of my nature, that I get really excited about things I see that are cool and feel compulsion to do/collect/enjoy/practice that too. But really, we only have so much time and money to go around, and one has to make choices.

Perhaps one day I’ll focus on a collection and really go for it. I am going to set up my SNES again for my kids to enjoy soon, and there are several games that I would love to own with it. But I doubt I’ll ever be able to afford seriously collecting for it. Maybe a little at a time, see where that gets me.

Do you collect? How’d you get into it and why do you do it?

11 thoughts on “Am I missing out by not having a collection?”