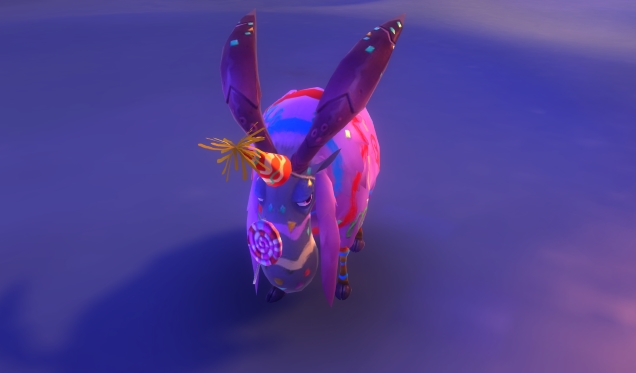 It actually hurts to log into WildStar, to be reminded of how special this MMO is in so many ways while facing its vastly diminished population and uncertain future. Still, about five minutes in the game, roaming through my houses and double-jumping everywhere was enough to convince me that a return — perhaps a limited-scope one — was warranted for later this year. But for now, let’s look at six of my favorite pets! And boy was this a toughie, because there are so many unique, bizarre, and wonderfully animated pets in this game.

You simply have to have a rowsdower in your collection if you’re a WildStar fan, and there is no better model than the one you get from the anniversary celebration. The combination of the party colors, the little hat, and the giant lolly on the nose contrasts so well with the rowsdower’s perpetual depressed state that it always makes me laugh.

All hail the Lopp, the best race in this game! Nothing puts a smile on my face like an overenthusiastic Lopp, and while I have a few varieties as pets, I prefer this cowboy-styled one. Fits in well with the “space western” theme of the game, that’s for sure.

A snail that’s a mobile party? Sign me up! It’s hard to know where the creature ends and the disco ball and music levels begin. It’s so sparkly and weird that I have to keep him out to throw my enemies for a loop.

I’m not the biggest Skeech fan — they’re a little too one-note for my tastes — but I cannot deny the appeal of this cyborged-out critter. He just looks too cool, and I like to imagine that he’s my plucky sidekick who is growing into his powers. 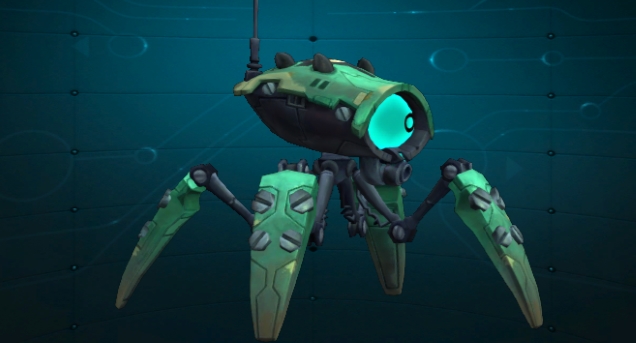 Sometimes you need a robot buddy, y’know? And as an Engineer on the Scientist Path, I could get out two robot combat companions, the science bot, and this guy at the same time to have my own little robotic troupe.

WildStar has a pretty awesome Halloween event, and I adored these shadelings when I encountered them in the special instance. Sure, he looks a little ghastly, but the green glow and unique look reminds me a little of Ghostbuster’s Slimer. I’m down for that.

One thought on “6 of my favorite WildStar pets”