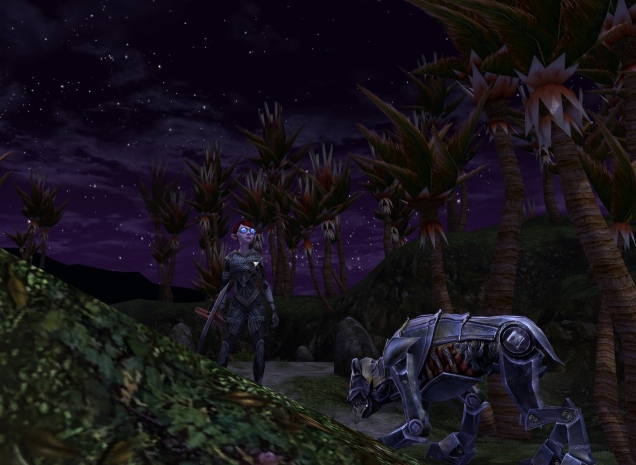 Huh, DDO can still be pretty in 2017. Helps that it has this odd magitech, exotic continent angle.

If you’ve ever come back to an old favorite MMO after years — 5, even 10 — of being away, you’ll know that absolutely surreal feeling that’s a mix of nostalgia and long-buried memories coming to the surface coupled with “whoa everything’s a bit different.” That’s how it is with my recent DDO sessions. Currently it’s more familiar than not, since I’m just going through all of the Harbor quests, and I had those down pat back in the day. Kind of nice to be able to steamroll all of them with my 32-point Artificer. 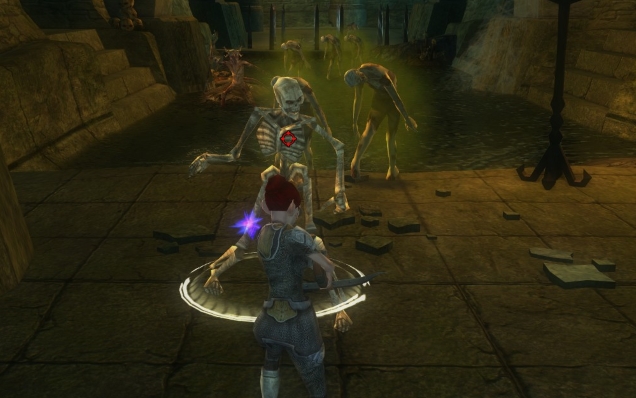 What I’m probably enjoying most, other than the flashes of “oh YEAH I remember this!” are the instant gratification nature of the adventures. I always enjoyed DDO’s highly instanced design that (largely) cut out travel to get you right into a story dungeon. The varied length, difficulty, and focus of each keeps me from getting to antsy, too. I mean, there was a dungeon that I think I did in under a minute, while others have taken me up to 20 minutes to fully clear out and solve.

Of course, I’m greatly enjoying the DM narration, finding little secrets, and being a part of these short stories too.

One shocking reminder to me that DDO isn’t your average dungeon crawling game came about four or five instances into the Harbor when I abruptly failed a quest because I wasn’t fully paying attention to the objectives. I didn’t even register that there WERE fail conditions, but yeah, sometimes there are, and it can change your whole approach to a dungeon. Trying to fend off waves of spiders without destroying coffins that are everywhere is trickier than you’d think.

My character has leveled up to four, and along the way I picked up a very useful feat: Construct Essence. This makes me part-construct so that I can use my repair skill on my own body (and thus, get a heal). It’s not the most efficient heal spell, but it’s better than nothing and I have a pretty deep spell point pool to fuel it. 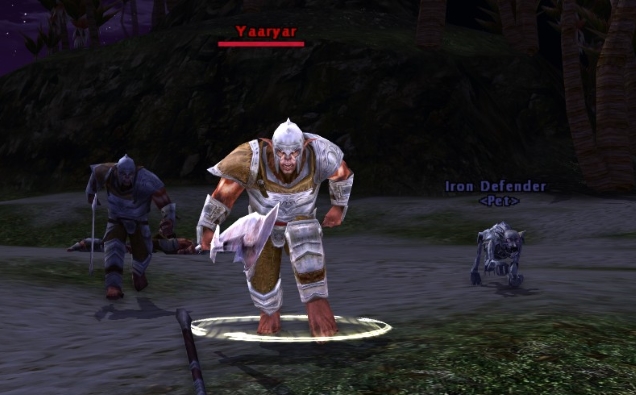 And definitely the highlight of the Harbor Reunion Tour ’17 was getting to see the goofy pirate leader Yaaryar again. Always loved this guy, even though I have to kill him. Good to see he’s still trucking even a decade or so later!

I’m still working on finding a guild, but that’s slow going. Nobody seems to be advertising for newbies on Ghallanda, so I pulled up the /who list and sorted by guild names, then sent tells to guilds that looked like they had a healthy population. Either I was shut down, told to go fill out an application somewhere (seriously? For an 11-year-old game?), or ignored. Making me think of moving to a different server, I don’t know.