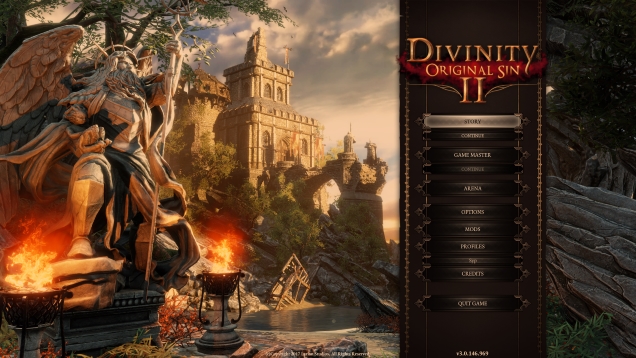 Every so often, I break out of my gaming routine to try something new and different. These turn into my Try-It Tuesday sessions, and they are a mixed bag indeed!

Shoutout today to @Lord_Dolvic, who graciously gifted me a copy of this game earlier this month. It’s been on my short list of “must play soon,” but vacation and work kept conspiring against me, and I wanted to block off a nice chunk of time for my first session or two. This past weekend I got it, and so here it goes!

I guess this game is the most recent sequel of one of my old cult favorite RPGs, 2002’s Divine Divinity. There was a Divinity Original Sin 1 a year or two back, but that passed me by (as do so many CRPGs these days, alas) and I didn’t hear many people playing it. But this one? It was getting smothered in kudos after its launch, and when I read some of these and listened to word-of-mouth on it, I knew I wanted to give it a try. Basically, it’s a nearly-anything-goes fantasy RPG that truly encourages character roleplay. I’m down for that, so let’s get started! 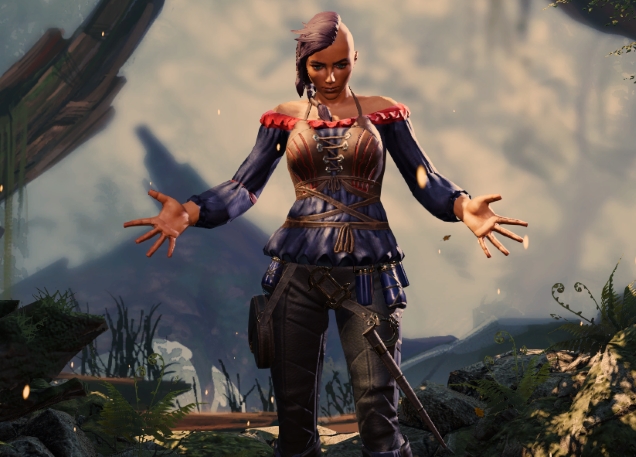 I heard two pieces of advice for this game: to pick one of the origin characters so as to be treated to a deeper character story, and to pick “pet pal” so that you can talk to animals. Thus, I’m going with Lohse for this playthrough. She’s a former musician and entertainer who’s also plagued with some sort of dark spirit that’s trying to take over. I decided to make her a Conjurer so that I could whip up some pets. I also got the opportunity to pick her musical instrument (I went with the lute-like oud).

The story begins with Lohse waking up on a prison ship, where she’s on her way to an island where they keep spellcasters. She’s got a nice anti-magic collar (which doesn’t seem to stop magic casting in combat, I noticed) and a pocket full of resentment and jocularity.

The moment I knew I was going to like this game was the moment that it let me equip a bucket as a helmet. Yes, this is my sort of setting.

So Lohse explores the ship and meets several other colorful prisoners as well as her captors. There’s a brutally murdered prisoner about, but the “mystery” is solved rather quickly and the whole place becomes a rather impressive staging ground for a sea assault by a giant death squid-thing.

Pet pal perk totally paying off so far! I literally cannot wait until I find more animals to chat up. So far I’ve found one sheep, two dogs, and one somewhat blind cat.

It really is a rather slick game, from what I’ve seen so far. I didn’t have a hard time getting the hang of it, and the turn-based combat was as clear and intuitive as I could have asked for. Lots of options for varied development, so I am concentrating on my summoning abilities and some one-handed weapon fighting.

After the events of the ship, Lohse washes up on shore, because you can’t have an RPG where this doesn’t happen! Happily, the bucket is intact (I did ditch it a little later because it was dragging my initiative down). I wandered about this somewhat nice island where I met back up with my former cellmates, forming a full party in record time. There was also a little kid who totally freaked out when he used a magic mirror on me and said that I was a thing wearing a human shell, which is somewhat disconcerting.

I took my time and leisurely explored the first half of the island before heading into the ghetto. Some interesting encounters, and I’m starting to get a feel for the world and its backstory. Generally I’m trying to be a good person, but I didn’t hesitate in stealing an enforcer’s camp and killing her when she stepped in to say something. On the flip side, I did save an Elf, which I’m sure I’ll come to regret greatly later on.

Great start so far, and I’m feeling quite interesting in the format and story of this game. Feels like there’s a ton to do, so a bit at a time until I get the hang of it!