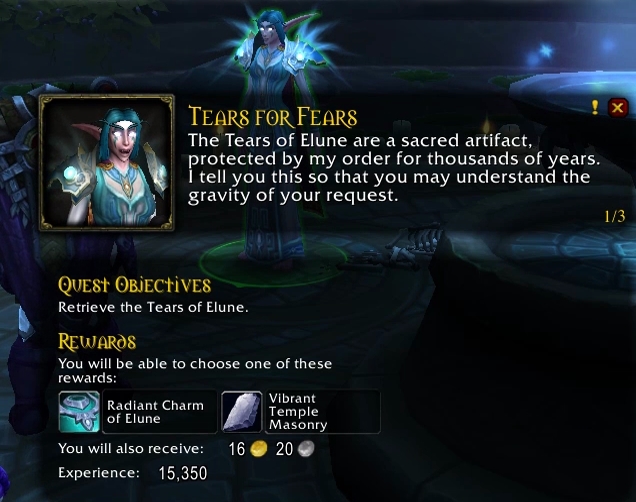 Earlier this month I wrote up a post challenging myself to stop skimming or ignoring the quest text and just read it, already. It seems to be one of those MMO facets that a lot of us have struggled with, if the comments on that post were any indication. One reader did suggest an interesting strategy, at least for World of Warcraft, which was to install the Immersion mod to draw more attention to quest text.

Sounded like a good idea! So I gave it a try for a few days and found it… OK, I guess. Immersion replaces the standard text window with a few semi-transparent windows that puts the quest dialogue right next to an animated portrait of the NPC questgiver. It did make it a little more readable, but I found that I was always fumbling for what to click and where the different options were, as choices were often put on the right side of the screen. 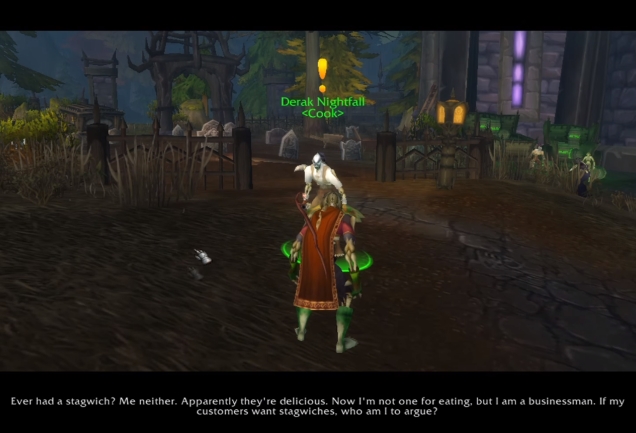 Still, I didn’t want to give up on this concept, and so I took another suggestion — this one from a WoW YouTube host — to try out Catch the Wind. What this mod does is that any time you get into a quest dialogue situation, it grabs camera control and then puts a letterbox over your screen, with the quest text gradually appearing at a somewhat readable pace on the bottom to mimic subtitles.

I was instantly impressed with this. I found myself naturally reading the quest text without having to make myself do it, just by a few cinematic tricks. It also keeps the visuals on the character and the world without covering them up with giant boxes in the middle of the screen. Even the choices, like “accept” and “goodbye” are shown in a subtle, natural fashion on the bottom. I’m going to give it a few more days of evaluation, but so far, I think this might be the choice for me.

I can only imagine what a similar mod would do with the mountain of quest text that, say, LOTRO presents. Maybe an audiobook narration by Ian McKellen? I would pay for that upgrade.

4 thoughts on “World of Warcraft: A more immersive questing experience”