Of course the Elf ignored me. I thought it was a reasonable request.

As my little Hobbit Minstrel crossed into her 30s, I began to focus on character development a bit more. Namely, I had my eye on a handful of trait points that came from doing class deeds. While those may not be a dealbreaker in the high levels, right now they’d go a long way to helping me out. I wanted them. And I had a skill book.

So one night I popped that 90-minute buff to double skill points without a limit and started ripping through hundreds of healing skills, stance changes, and cries. I had on a movie, so it wasn’t that big of a hardship, and before too long, I had all but one of the deeds I needed done.

The holdout was a tricksy one where I needed to resurrect a downed player to the tune of 125 or so times. Since I didn’t come across corpses too often, this proved problematic. So I begged my kinship to fake die for me, and not too surprisingly, was met with crickets. 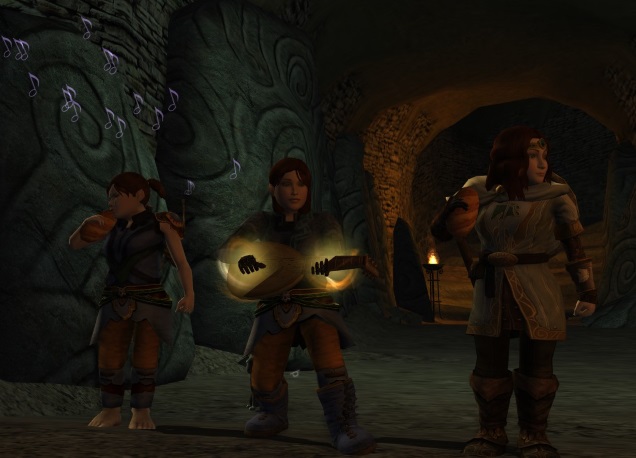 Finally, my kin leader had mercy on me — perhaps to shut me up from going “DIE FOR MEEEE” in chat — and struck a bargain. If I’d come to heal a group in Great Barrows, she’d be the willing corpse. That was fine by me, although I did have to spend some time creating an actual healing build and figuring out the rotation.

The run was short as it was sweet. Group heals are lovely, and nobody died. Probably helped that I was 10 levels above the content, but let’s ignore that and shower me with praise about what a great healer I am. Afterward, my guild leader died (her first time ever on this character, she pointed out deadpan) and I got busy rezzing someone who wouldn’t accept those rezzes. Afterward, we took a snack break and called it a night. 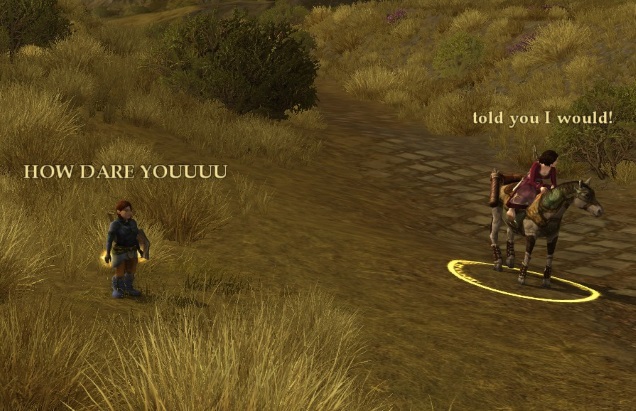 My social adventures weren’t quite finished, as Moxie from Battle Priestess ended up bumping into me while I was adventuring in Lonelands. She relished sniping my mobs and crowing about it all the while. I think I handled it very maturely, as you can tell above. I tend to talk in all caps a lot in game. I think my Hobbit has a rage issue.