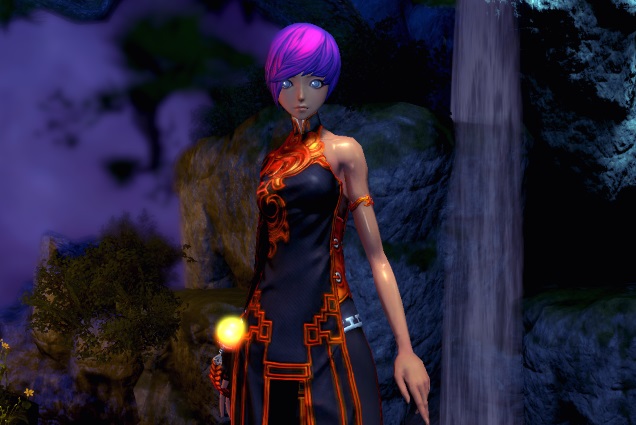 So why Blade & Soul? There’s no particularly strong reason why I chose this for my next MMO experience, just that it seemed like it had a solid following, has been putting out a lot of updates, and was from the classic MMO studio that’s already canceled some of my favorite games. So why not?

I’ll admit that eastern MMOs have an uphill battle with me. I don’t dislike the cultures that these games represent, but it’s not one that I strongly identify with or fantasize about. There’s a lot about anime and eastern animation that makes me roll my eyes and feel like we’ve seen this a million times before… and here’s a million and one, because Blade & Soul is not going to tread on any new ground. You’re the last surviving student of a super-awesome dojo that was betrayed and razed to the ground. Now, you got to be super-awesome for everyone. 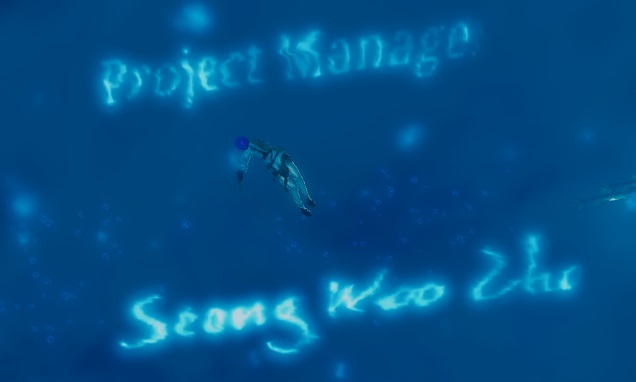 Tired tropes aside, Blade & Soul gets off to a very strong start. First of all, character creation is absolutely wonderful, with a nice selection of classes, races, and visual customization from which to choose. My only quibble was that there are some class/race lockouts, such as the Summoner only going to the tiny girl-people.

And then the game surprised me with a strong cinematic start. In fact, the whole first hour plays out more like an extended martial arts game cutscene than an MMO, with some tutorial stuff interspersing a LOT of mini-movies. It definitely raises the tension and stakes right off the bat instead of the slow-burn that most MMOs choose to cultivate. While I did like it, I thought that the initial story was rushed, a little confusing (why is everyone calling me “Cricket” now? Why did that little guy with the bunny ears turn into a big guy with bunny ears?), and didn’t allow for much time to explore or choose a path. 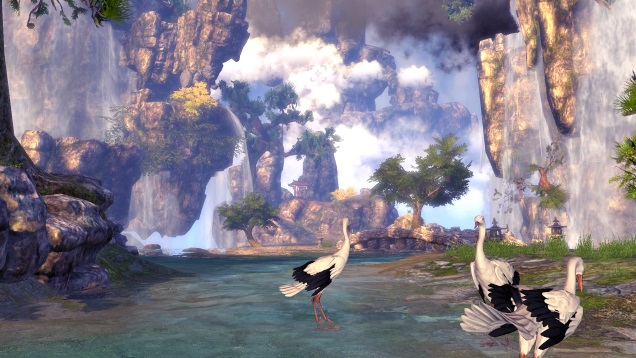 Blade & Soul gets high marks on eye candy, and while it’s no Black Desert or anything, it had me doing the “guy nod of approval” (you know, frown a little, raise your eyebrows, and bob your head a little).  At least it was nice to look at, and once the game showed me that my character was capable of gliding (some… how) right from level one, I got a kick out of taking that mode of transportation to every quest destination. 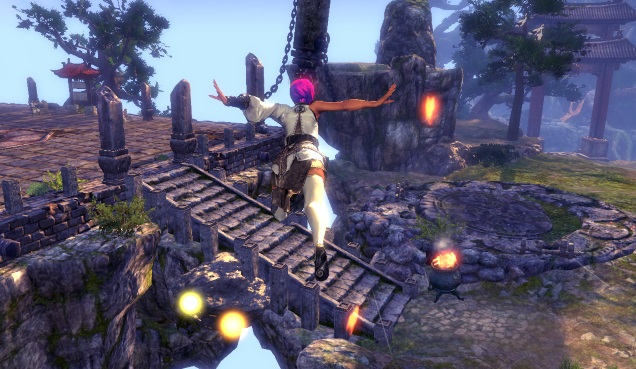 WHEEE! Kind of makes me feel bad I never got a glider in Guild Wars 2… 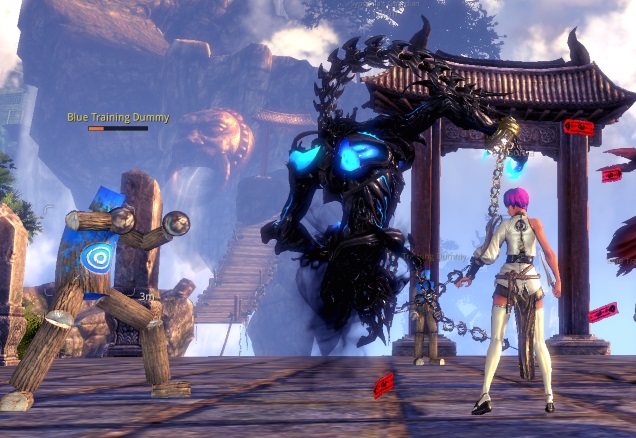 Combat wasn’t hard to grasp — this is an action MMO we’re talking about, here, so lots of mouse clicking and the occasional hotkey for specials. I went with a Warlock, so she had these cool floating pamphlets while attacking and even a really wicked-looking Asian demon as an occasional summon.

But Blade & Soul has a lot of small little nuances that I didn’t get right away (or, you know, ever). The tutorial would fling things at me really fast and then with no follow-up I’d find myself confused. So how do I get new skills? Or upgrade them? Is… that something I should do? Oh well, I’ll just go back to mouse clicking and hope I’ll win. Yay, I won. 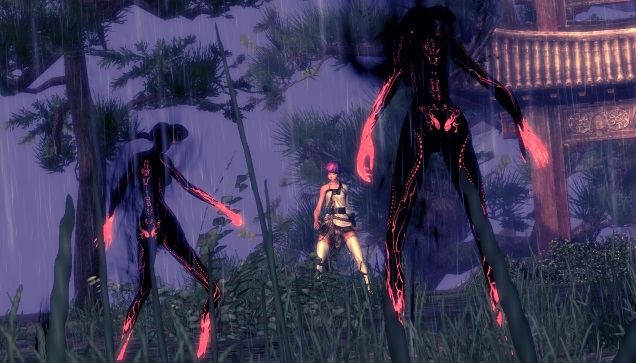 Eventually the tutorial period is over and the game settles into a calmer, more traditional RPG opening. You know the type: peaceful village, trite quests, “Oh you’re awake? You look strong. You’re now recruited to protect us!” 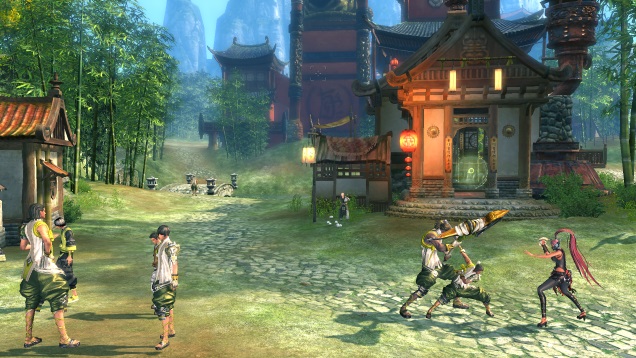 So as I go through a few more quests, here are a few additional and random thoughts from Blade and Soul:

So from what I can tell, it’s not a terrible game, just not one that pulled me in and made me hungry for more. Has some charm, but feels a little too rote and tropish for my tastes.