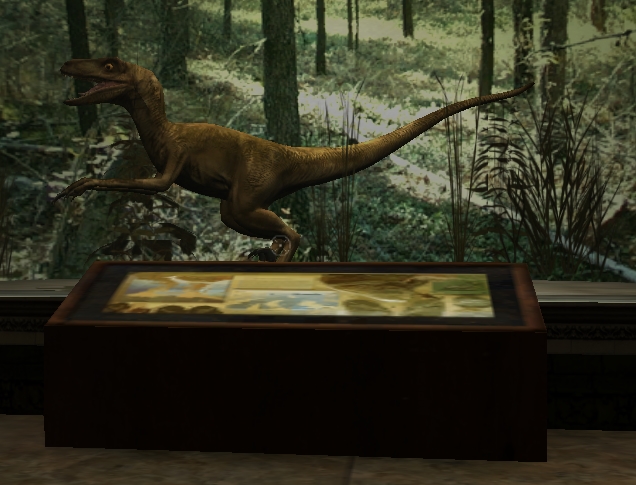 (This is part of my journey going playing through 2004’s Vampire: The Masquerade Bloodlines. You can follow the entire series on the Retro Gaming page.)

It’s a laugh riot playing a Malkavian (and it makes me hope that John Malkovich was compensated by White Wolf), as the most hilarious dialogue options pop up even in the midst of super-serious conversations. While infiltrating a museum, I was momentarily amused by the inclusion of several dinosaur exhibits (unfortunately, however, most of the museum action takes place in the bland basements). Then afterward as the prince is asking if I was able to obtain the sarcophagus, I got to say, “It was stolen, but there were a lot of dinosaurs, so I had fun.”

Ha. Thanks for the laugh, Bloodlines.

Anyway, the narrative backbone of the game — this coffin with a dead god of sorts in it and the scramble to secure it — might just be the weakest part of the whole story. I can scarcely bring myself to care about it, mostly because the importance of the box’s contents is merely hinted at rather than seen or experienced. It’s just a convenient McGuffin to keep the story moving along, and I dutifully follow it because that journey takes me to other, more interesting places.

The only thing that does interest me from all of this is the fact that the Anarch’s Nines weird departure from the mansion I visited earlier has made him suspect number one and target of a vamp-hunt.

With that out of the way and Downtown mostly finished, I scooted over to the game’s third zone, Hollywood. This is definitely the brightest and glitziest area yet (but no less skeevy), with smaller, more colorful locales and a pretty straight-forward street that doesn’t take me too long to traverse. Hollywood actually feels much smaller than the two previous regions, and word is that by this point in the game’s development, Troika had to start cutting corners to get it done on time. 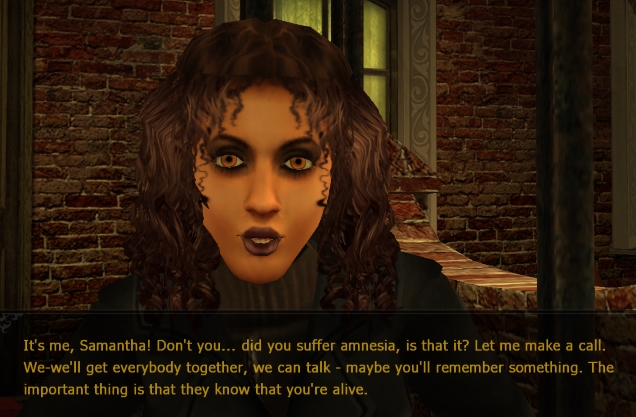 In a surprisingly clever move, I was accosted on the street between missions by a girl named Samantha who recognized me — the old, pre-dead me — and indicates that my old acquaintances have been looking all over for me. Since the player character starts the game right at the moment of siring, there’s been little to make me think of the “life” I used to live.

Anyway, this encounter is also a tricky situation, since Samantha might expose me and cause all sorts of weirdness. So as a Malky, I simply dementate Samantha… into thinking I’m her pet turtle Shelly.

See? This is why you place this race. So dang quotable.

While not all of the environments are brimming with lots of details, there are a few fun jokes here and there that are worth careful observation. Found the above warning label in a convenience store. Oh no, not the puppies! 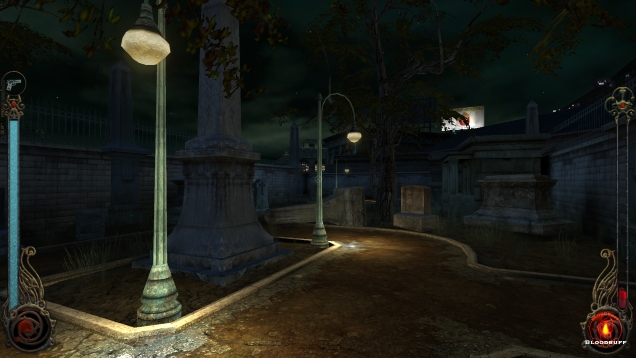 Hollywood doesn’t have a lot in the way of celebrities but it does boast a small cemetery being tended to by a guy named (ahem) Romero. There’s an optional mission to beat up zombies for two minutes, but since you have to simultaneously defend gates on opposite sides of the small zone, it’s too annoying to both with.

Hollywood does kick off a darky gruesome storyline that deals with a VHS tape that contains a monster snuff film. Someone’s making these, and I bet that it’s going to be up to me to stop ’em. I’m cool with that. 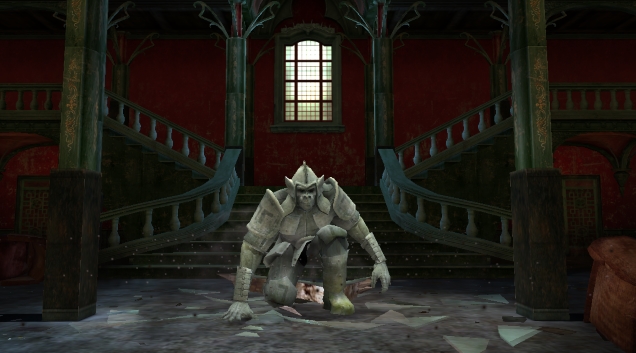 Oh, and I fought a giant monkey gargoyle. It was a very long day.