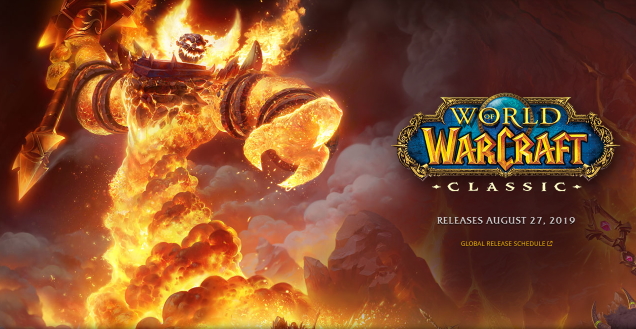 Welcome to the month of World of Warcraft Classic. It was inevitable. And it’s going to be pretty weird and wild.

Even though the release of WoW Classic is still a couple of weeks off, players are grabbing their name reservations this week and ramping up plans for what they’ll roll and do in those first few days (probably deal with server issues, overcrowding, and slow progress, more like than not). Discussion has been brewing about how successful this server type might be and what Blizzard will do with it in the long run, but I think that one of the most fascinating angles to look at is how the studio has set up a win-win (or, in the words of Michael G. Scott, “win-win-win”) scenario with WoW Classic.

In my eyes, Blizzard is setting up a Xanatos Gambit, where it’s not choosing a path to victory, but laying a situation where all paths lead to victory in one way or another. It might seem foolish setting itself up as its own direct competition, but look at it from the studio’s standpoint:

1. Whichever version of WoW you play, you’re still subscribing and paying into Blizzard.

2. If you are bored or dissatisfied with World of Warcraft, then you’ll have an escape with WoW Classic.

3. If WoW Classic ends up boring or dissatisfying you, you may develop a deeper appreciation of retail WoW (as Misdirections posted, “I almost suspect one of the reasons Blizz is doing Classic at all is to bring home to players how much the game has improved since those days.”).

5. Plus it generates goodwill for players who have been asking for a vanilla server, wrests control away from those profit-siphoning emulators, and helps build up steam for WoW’s 15th anniversary celebrations later this year.

Sure, there are ways WoW Classic may backfire, but it’s really not that risky of a proposition and holds a lot more win scenarios than not.

I can see my attention flitting back and forth between the two versions. Initially I was lukewarm about WoW Classic, then I got super-excited around the beta, and now I’m cooling off a bit as my interest rises in retail WoW. But the point is that it’s harder to burn out completely on two different versions and experiences of a game than just one, which will serve to keep people like me in Blizzard’s ecosystem for even longer.