Hey, look at that! A title card for an expansion, at last. Can’t think of any other MMOs that use title cards for the start of their expansions, unless they force you through a trailer or something. But at least this officially marks the end of my exile in the wasteland of 2.X quests and the achievement of a significant goal — to get to Ishgard so that I could swap my class over.

Story-wise, I find it really irritating that Alphanerd is the one Scion that survived the palace escape to go on this road trip with me. He’s useless and self-pitying, and for the life of me, I do NOT understand how he got to be where he is in this game. Is he a trust fund baby who is throwing money around so people respect him? At least he’s wearing real pants for once.

And I’m all for having Tataru along. Complicated feelings on Lalafel aside, I love her character. She’s the adorkable mascot that you wish you had in real life. So I guess it’s up to the three of us and an ignorance as to how long we can overstay our welcome to figure out how to come back from the terrible defeat that I had zero part of or say in. 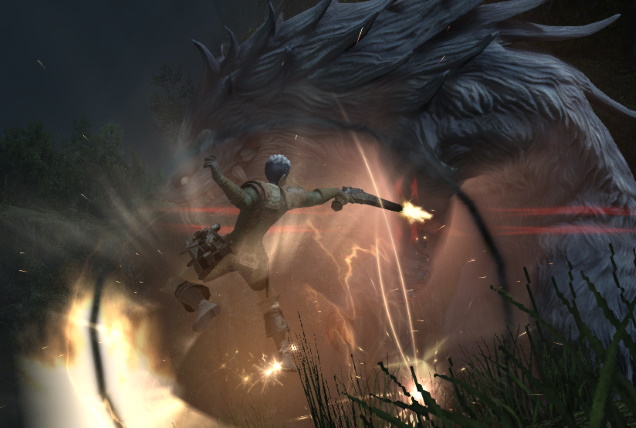 But the second I switched over to Mechanist, I had to put a bookmark in the main story quest, seeing as how I got demoted down to level 30. Getting those 20 levels became the priority as well as doing all of the Mechanist quests along the way for skills and amusement.

No hard feelings from me on this, actually. It’s probably a good thing to have to grind out 20 levels with a new job just to get a handle on how it functions. I’m pleased to report that the Mechanist is pretty much what I expected and wanted out of a class. I get some utility, a lot of pew-pew, and a cool steampunk aesthetic. I hear there’s the promise of a robot at level 80, but that’s going to be a long time coming.

While I did some FATEs and whatnot, mostly I leveled through dungeons. Hitting that once-per-day leveling roulette quickly became my gaming priority, because the XP bonus there was immense. Like, 1.5 to 3 levels worth of progress in one run. Plus, again, I got to learn the rhythm of my class (although in those lowbie dungeons, it was mostly spamming the single AOE skill I have while watching TV). It’s also helping me stock up on tomes so I can gear up at level 50 without breaking my bank.

I have a favorable outlook on the future. I’m not going to get distracted by side quests here; I want to get through this expansion and see whether or not FFXIV can finally stand on its long-touted storytelling merits. If it can, I think I’ll stick around for a while to come.