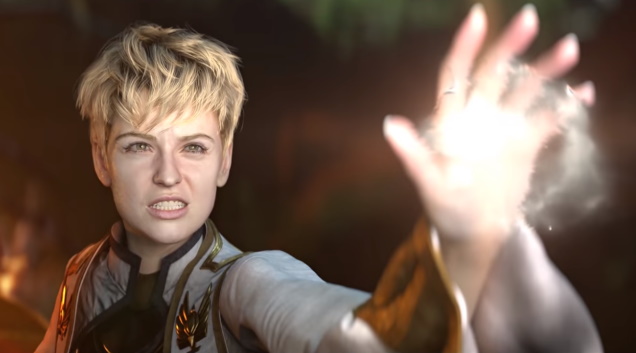 For a couple of years now, Cryptic has tantalized us with the knowledge that it was working on some sort of Magic MMORPG, but other than a vague initial announcement, it clammed up for a good while there. That silence was broken last week with the official reveal of Magic Legends and a cinematic teaser.

So what do we actually know about this upcoming title? Not very much, unfortunately. Other than its name, the only useful info I’ve gleaned is:

Me? I’m pumped about this. I love me some Cryptic MMOs, and between this and Torchlight Frontiers, the studio is expanding its library offerings for a strong future. I used to dabble in Magic the Gathering for a while and was always intrigued by the card art, so I’m intrigued what exploring such a game universe would be like.

I am curious what it’s going to be like, since in my mind there are two big differences here between this and other fantasy MMOs. The first is that since there are many different planes (settings) in Magic, then Legends might offer players the ability to jump between them instead of mostly adventuring in the same game world. Maybe one zone per plane?

The second is about the class structure. Assuming that it is one class per color (red, black, white, blue, and green) and you can swap between them, then it sounds like there’s potential for a lot of flexibility in playstyles. I’d love to see a skill collection system as a way to give homage to the card game, but I guess I’ll have to wait to find out more next month.

The teaser trailer is a bit dorky — I’m not a fan of the visuals here — but I’m so happy that this is actually happening that I won’t quibble about slow-mo angry people casting spells. Next year will be very interesting indeed!

One thought on “Cryptic springs forth with Magic Legends”