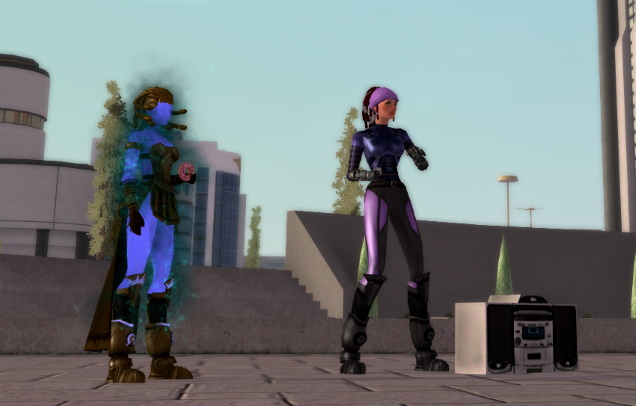 One of the nice things about doing the gaming goals post at the start of each month is that it makes it easy to look back over an entire year and see the journey I’ve taken in various games. MMORPGs remained a constant in my gaming diet — and looking over 2019, I played quite a few of them! Some got only a session or two, while others remained constant for many months.

I feel like I got a lot accomplished in them as well. I had fun, for starters, and had great experiences with other people. But I also chewed through some big updates and expansions, leveled up characters, and hit satisfying milestones.

So let’s look at the games, going from most played to least. The one MMO I played from January through December was Lord of the Rings Online, which makes sense because (a) I really like the game and (b) I cover it in my column. Leveling through the progression server and bringing my main through the Vales of Anduin and Minas Morgul gave me a lot to do.

Second to LOTRO in frequency was Dungeons and Dragons Online, although I may have played this less if we look at total time in-game. Most of this was group runs with some side solo adventures. I ended up taking a break from DDO this fall as I wasn’t feeling it as strong and didn’t want to make playing a chore rather than a joy.

Elder Scrolls Online popped up a couple of times this year: first at the start, when I finished up Morrowind, and then in June, when I went through part of Elsweyr. Final Fantasy XIV was even more spotty than that, but I am surprised to see that I logged four months in that game during the last 12. I’m taking another break from it, but at least I beat the core of Heavensward.

City of Heroes is another game I should talk about, seeing as how it came back from the dead and all. This was a summer renaissance for me, giving me several sessions of grouping fun and nostalgia-fueled memories. I also wrapped up Fallen Empire in SWTOR but couldn’t make much headway in Eternal Throne before losing interest.

World of Warcraft was mostly absent from my gaming calendar until this past summer, when I returned mostly thanks to the excitement around WoW Classic. Classic only proved engrossing for a month or so, but I got four months in the regular game before the whole #BoycottBlizzard convinced me that I didn’t want to be supporting this title for now.

Those were the big ones, but I had a lot of smaller experiences and sessions. Fallout 76 was engrossing for a couple of months, Torchlight Frontiers’ alpha this past spring made me anticipate the release more than ever, and Chronicles of Spellborn’s emulator gave me a weird chance to go back and experience this title. I dipped into the MUD Starborn, very niche fantasy title Eldevin, DC Universe Online, the pre-alpha Fractured, and a few sessions in ArcheAge Unchained.

Finally, I made sure to log back in to Fallen Earth to say farewell to one of my most favorite MMORPGs before it went offline in October.

I’d say, all in all, it was a really good year of gaming. There are a few of my “old faithful” titles that I didn’t see this year, namely Star Trek Online, Neverwinter, and Guild Wars 2, so those might be due for a personal revival.