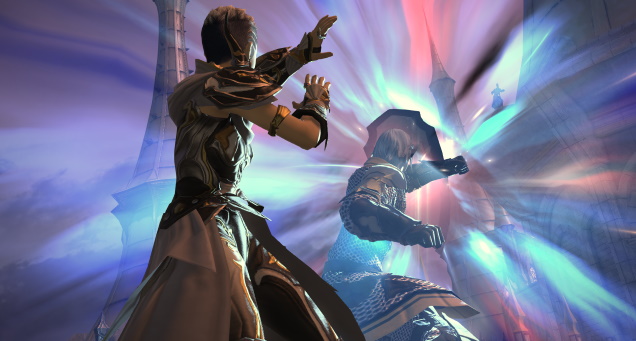 After a two-month stint back in Final Fantasy XIV, I’m stepping away from the game for other worlds. It isn’t an acrimonious split, but one that I feel needs to happen to make some time to explore other titles. I got my fill on FFXIV for now, so it’s time to let it rest and let interest in it recharge.

I actually feel really good about stopping now, as I just finished up Heavensward. Not all of the patch content, mind you, but the core expansion itself. Back when I restarted in late October, I hadn’t even finished ARR, and in the intervening two months, I got through all of 3.0. That feels like a good accomplishment. I’d really wanted to see what the Heavensward fuss was about and to give FFXIV another chance to impress.

So did it? Impress? Well, yes and no. I’ll start with the negatives, because it’s not as if this MMO really changed from the last several times I played it. There’s still too much trope-worthy head nodding and fists-under-chins and other overused emotes. The combat is plodding and dull. Every guild I find seems to talk a lot the first night and then never thereafter (was it something I said?). And the vaunted Main Story Quests themselves are an exercise in walking places, watching wayyyy too many cutscenes of non-importance, and sometimes fighting a carefully groomed coterie of three bad guys. Then a dungeon every dozen missions or so.

But I was able to see more positive this time around, and I want to be fair. There are some *great* story moments. The story as a whole is like a 3.5-star fantasy book, too many dragons and self-pity for my liking. But every once in a while, FFXIV managed to surprise me, or make me laugh, or give me some really excellent eye candy. I did want to know what happened both to the story and its ever-expanding cast of characters, but my patience started to wear thin on how long it took for anything to happen at all.

What else did I like? Let’s see. It’s pretty. Heavensward is really good-looking and wasn’t a non-stop snow zone as I had originally assumed. There are some terrific fantasy locales that the artists did a bang-up job on. I got my healing fix over the past two months and made peace with the terrible things that they did to the Scholar. I rather enjoyed the Mechinist class tales. And flying was a hoot. 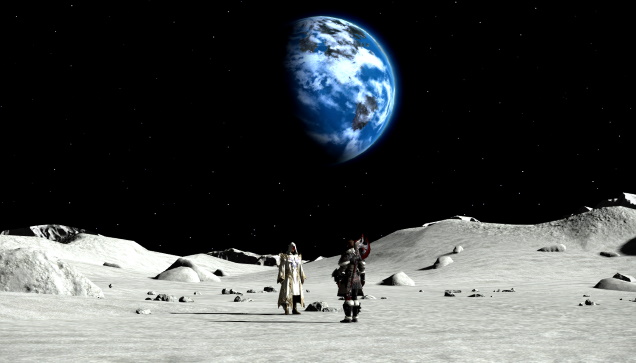 The end credit sequence of Heavensward was about 15 minutes or so, delivering a whole mixture of interesting beats. There was exaltation, sadness, and not just a few cliffhangers and new threats to keep the story ball rolling. Maybe in a few months I’ll come back just to find out what happens next. At least I’ll be in a good spot to pick up on the Dragonsong War series and then into Stormblood.

But for now, yes, I need a break. I had to push myself through the last 20 or so quests, trying to get across that finish line before apathy overtook me. I’m glad I did, but I’m also glad I’m able to look to a different challenge come January.

So farewell, FFXIV. I don’t regret coming back, even after my snit fit last spring. Heavensward might not have been this life-changing amazing experience, but you know what? It was pretty good even so.

One thought on “FFXIV: Heavensward finished, as is my tale… for now”