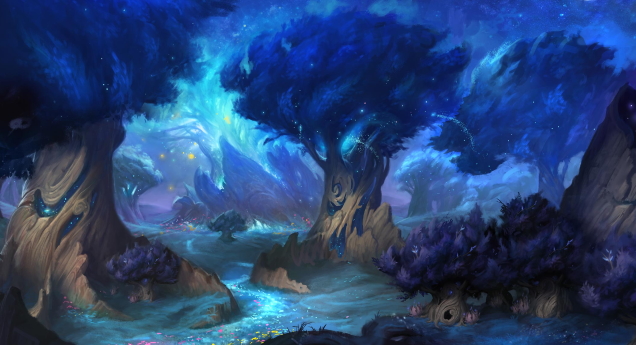 Here we are, almost one month into 2020, and I still feel like I’m trying to get a handle on the full year ahead. I know there’s a lot coming in MMOs — updates, unlocks, expansions, launches — and I wanted to sort out which ones I’m anticipating the most.

World of Warcraft: Shadowlands — It’s now been a few months since I’ve played World of Warcraft, and I don’t feel any incredible urge to get right back in at present. I’m done with Battle for Azeroth and still not pleased with Blizzard’s actions last year, so it can sleep in the doghouse for a while more as I have fun elsewhere. That said, I’m all about new expansions, and while I’m not ecstatic over the feature list of Shadowlands, I’m always up for a romp through new zones (I do like the afterlife theme). Plus, I might want to take a new alt up through the revised leveling process to see how that feels.

Elder Scrolls Online: Greymoor — You can keep your vikings and vampires, but northern zones and underground cities have my attention. There’s so much I haven’t played through in this game yet, so while I’m not starved for a new expansion, I’ll welcome it. Probably Greymoor’s biggest effect will be to boost my excitement for the game at large.

Lord of the Rings Online — Still waiting to hear about content plans for 2020 on the regular servers, so all I know right now is that I’ll be working on Riders of Rohan on the progression server come mid-February. No more alts, at least not this year.

Torchlight Frontiers — Definitely a Day One acquisition for me. Really ready for this game to come out and be a good 30-minute MMO in my rotation.

Phantasy Star Online 2 — Sometimes games are more about curiosity than an overwhelming desire to dive in, and that’s where I stand with this title. I’ll try it out, see if it’s for me, and go from there. I definitely do want to try it, in any case.

New World — Depends how PvE-friendly and relatively stable this ends up being. I’m getting the feeling the team is rushing this to launch, but we’ll see. Might be relying more on word-of-mouth than normal to determine if I want to take a crack at it.

Book of Travels — I try not to think about this one too much because I so, so want to play it and yet I can’t force myself to believe that it’ll actually make its 2020 release window. Could be really cute, could be frustrating, I have no idea. But it’ll be different!

Magic Legends — I’m a bit bummed that Cryptic scaled back from a regular MMORPG to an action MMO with this one, but even so, it’s Cryptic and I’ll play pretty much anything that studio puts out. The card collection and deck building aspects could be really appealing, too.