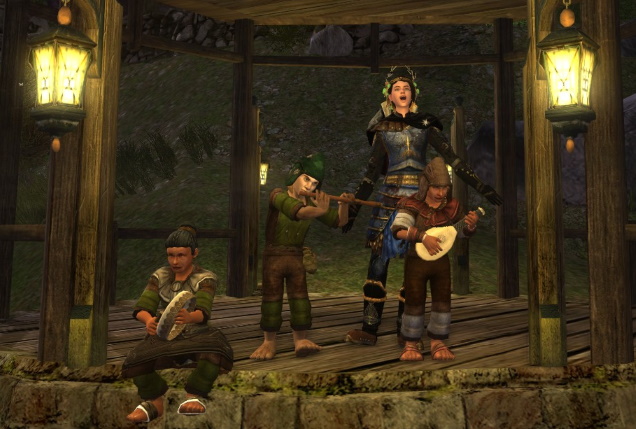 Wells of Langflood, while a nice zone, certainly was one of the smaller LOTRO content updates in recent memory. Either that, or I really blitzed through it way faster than I have done so in the past. I usually milk these new zones for a month or more, but this one was done in under two weeks playing pretty casually. That’s a slight bummer, because now I’m going to end up sitting here twiddling my thumbs until new stuff or unlocks happen again — but at least we have the summer wedding update and the upcoming Helm’s Deep progression server unlock on the way.

All in all, I liked Wells of Langflood. Not too hard, some decent stories, and a really nice addition in the new Hobbit village of Lindelby. I rather enjoyed doing silly Hobbit chores once again while soaking in the serene pastoral sights and the gorgeous village music. I really hope River-hobbits will be added to the game sooner rather than later, because I am totally on board with rolling one. 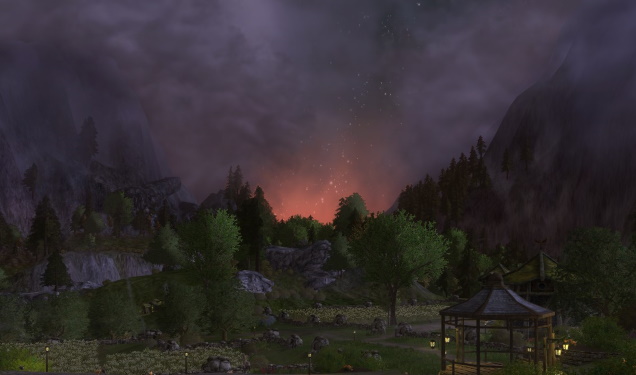 Previously I had really thought that my progression server Minstrel would be the last character I ever leveled up through the game, but more and more that looks not to be the case. It’s more a question of “when” I’m going to get serious about a third character than “if,” especially with River-hobbits and this fall’s challenge server. I’m leaning toward a Hunter in the latter case, and hopefully by then the class will have gotten its much-needed fix. I’m really keen on the idea of just doing a much slower and more thorough character that’s not trying to keep its nose pressed against the border of current content.

But that’s all a while for now, and so I’m thinking it might be best if I invest some more time in my current characters. I could get into some serious deeding and maybe even crafting (whaaaa), but for this past weekend, I had a better idea.

So my Lore-master has been around since… honestly, I don’t know how long. She has a /played time of 3 weeks, 3 days, and 23 hours, so it’s a significant amount. And during her full adventures through Middle-earth, she’s racked up so much unspent currency and tokens that I thought it was high time I go about and do a shopping trip to actually use it. Here’s what I ended up with: