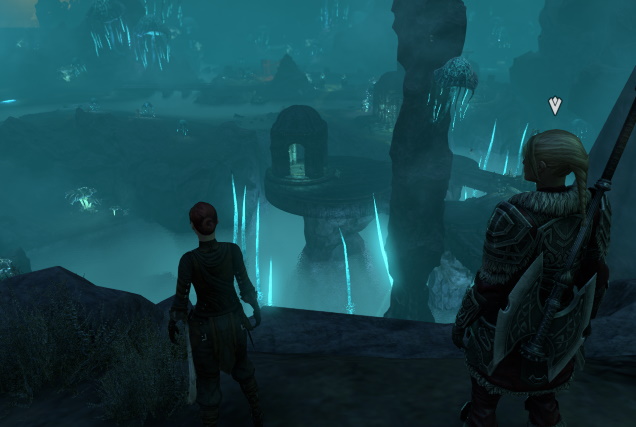 In the weeks leading up to Greymoor, my main priority in Elder Scrolls Online was just positioning my Warden to be ready to jump in the moment it went live. One thing that I could do in advance was the Greymoor prologue quest, which ESO handed out for free through the store (which is a smart marketing move, by the way).

The quest was rather more lengthy than I anticipated and involved tracking down a cult by hopping around the world with a Nord half-giant. There was a sewer crawl, a preview of the enormous underground realm that Greymoor will boast, and lots and lots of fighting. The only thing that disappointed me was the voice acting for the Nord king, who handled his lines in a really weird and stilted way. It really stuck out, since most of ESO’s voice acting is rather excellent.

Happily, Greymoor proper was hot on its trail. The expansion released last week, and I have to say that it was a gaming highlight for me. I kind of needed a pick-me-up, although a few bouts of insomnia meant that I was cutting gaming time on the next nights to make up that sleep. So I didn’t get in as much as I wanted to, but my pace is going to be pretty leisurely anyway.

I was never a huge Skyrim fan — I think I played it for a few days back when Elder Scrolls 5 launched — but I’m all for winter zones with mountains, conifers, and the northern lights. Plus, grouchy vikings. That’s always a plus. My current plan is to mostly concentrate on the main storyline and just save up all of the side quests for afterward — or when I need a break. So far, the story has a good flow as Titanborn and I investigate weird vampiric/cultist rituals in the far north. 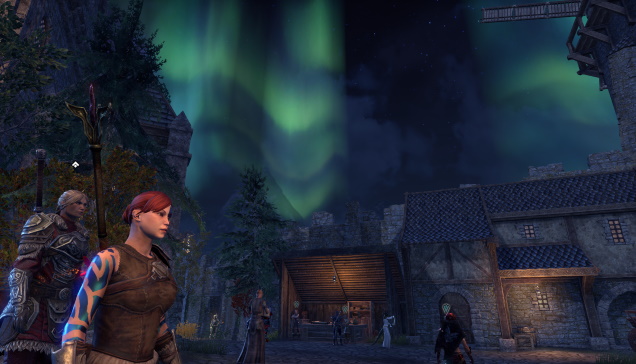 I did take a break to start in on the expansion’s main feature addition, which is the antiquities system. It’s basically archaeology-slash-treasure hunting that spans every zone the game’s made to date. I really love the idea of that, of repurposing older zones as well as including newer ones, and the system itself is kind of fun.

It’s built around a couple of minigames and some landscape sleuthing, but so far nothing too frustrating. I think that setting the goal of doing two or three antiquities hunts at the start of a gaming session every night might be a good one in progressing me through these skill lines and in the acquisition of better fun stuff. I bought an apartment in the Solitude city tavern to decorate with whatever I find, so I’m keeping my fingers crossed that this will pay off handsomely down the road. 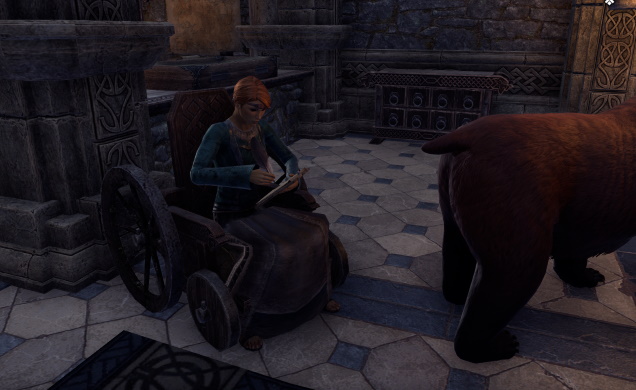 Here’s something you don’t see every day in a fantasy MMO: a disabled NPC in a wheelchair. So sorry about my bear’s butt in your face, ma’am. He has no manners. You kind of look like you’re writing him up for this transgression, though.

I’m just happy that every session I have in ESO is pretty relaxed and calming. I have a bevy of options and can simply enjoy romping around the landscape and looking for new areas to unlock, or I can get into questing, or I can become an amateur archaeologist. The zone itself doesn’t look that terribly big, but ESO does a lot with smaller plots of land — and I keep reminding myself that there’s a whole underground realm here too.