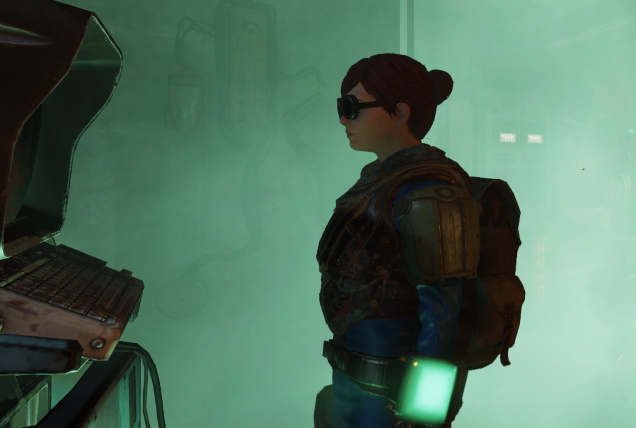 I got to say, one of the best perks of doing game journalism is once in a while getting to interview the developers of the game you’re actually playing. I always feel incredibly lucky that I get face time with these people and can zing whatever questions I want at them.

So it was incredibly gratifying to get a half-hour to grill Fallout 76’s devs on Zoom the other week. I wasn’t mean about it, but I came at them pretty blunt and pretty hard and at least got to voice my frustrations at some of the game’s “pain points,” such as a lack of text chat and guilds, as well as the wildly fluctuating difficulty levels while questing. I think Bethesda’s getting hammered about the text chat question, and there’s hope that it’ll get on top of that sooner rather than later, but what is coming soon is this One Wasteland stat retooling that’ll level out the difficulty for all players.

I am very excited about that, and once that hits, I’ll finally be able to catch up on sooo many quest chains that have stalled out because they’re in super-dangerous areas or guarded by mobs that I have zero chance of defeating.

One cool little change the game made lately was to allow backpack skins to apply to small backpacks, which means that those of us who got these skins in the store and have been waiting to use them on regular backpacks could go ahead right now. As you see above, I went with the medic backpack, which goes well with my paramedic jumpsuit. I like the look and feel of the character, imagining her as a combat medic hopping through the wasteland.

She’s level 26 as of the writing of this and doing fine, if not better than that. Each gaming session I attempt a different quest or set a goal, and sometimes I can achieve it, and sometimes not. I’m starting to accumulate a nice arsenal of weapons, although I’m running out of room to put everything I have. My STASH is completely full, so maybe another housebuilding session is in order to clear out the stuff in there.

I am a little disappointed how few dialogue NPCs I’ve encountered over the past month. The pre-Wastelanders content is still in the game, so there are still a ton of locations and quests without a talkative NPC to be seen, and those are mostly what I’ve been doing. I know I need to head back over to Foundation to see what missions I can drum up from those folks, so that might set me back on a more normal questing course.

One thing that sets Fallout 76 apart from other MMOs I play is that I feel so vulnerable in this game. I can’t tell you how many times I’ve jumped because a mob I didn’t see springs out at me, or how I’ve quietly backed away from mini-nuclear detonations and fireballs from other conflicts just over the next ridge. It still has a “big world” feel to it, and without social tools, I’m more isolated than I’d like to be.