With Shadowlands on everybody’s mind and the beta currently running, it feels as though there’s a clock ticking down to an unknown hour not too far in the future. I think it’s possible we might get the 9.0 expansion prepatch in late August or early September, with the expansion to come out in October or November. It means that there is some time, but not an infinite amount of it. 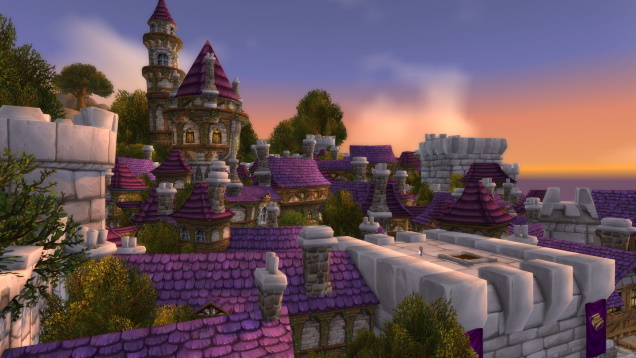 For me, this means that my overarching goal is to get my roster of characters on this new account ready for the expansion. I’m not thinking anything fancy here, no raiding or “have to get all of the allied races.” No, my goal is getting four characters up to level 120 (one for each covenant) and perhaps do a little bit of gearing via Timewalking dungeons.

That’s it. If I can do that by the time Shadowlands arrives, I’ll be content. I don’t really feel a huge urgency to accomplish much else, especially considering the big reset switch that the expansion will bring. It’ll be good to have that on-ramp back into playing along with the rest of the crowd, but for now, it’s about character level catch-up and little else.

I am amusing myself with some photography of gorgeous-looking areas, even ones that I’ve been to a million times before. On Azuremyst Isle, I’m reminded of how big of a visual design step that Blizzard took between vanilla and The Burning Crusade. Still think it holds up pretty well!

I had two mini-goals I wanted to accomplish for my account that I was able to do these past few weeks. The first was to get my Hearthsteed mount, which is pretty much the only mount I want or need for both flying and riding.

The second was to get a neat-looking katana skin for my Death Knight. I’ve always liked my DK to look less bulky and more graceful, kind of like a ninja, and I thought a katana would be perfect for that. Doing some research, I discovered that there are only a handful of models in the game that come close to that sword type. A couple are completely straight with a bigger hilt, but there was one that had just the right amount of curve and a much smaller hilt.

I loved the design, but since it was only present on a couple of difficult-to-get world drops, I had to camp the Auction House for it. My funds were pretty limited too, so I lucked out when someone put up one of the swords for 14K gold and I had just enough to buy it. I’m broke again, but it’s worth it. 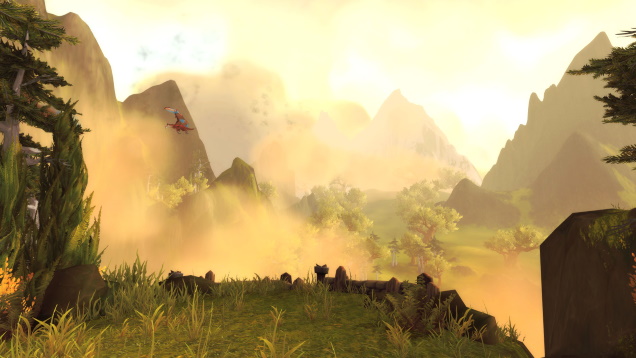 Going back to my leveling scheme, I think I’m making good progress:

It’s a very scattershot approach to leveling and being involved in the game right now, but once I feel as though my roster is filling out, I’m probably going to throttle back for a while to focus on other games until the Shadowlands madness arrives.