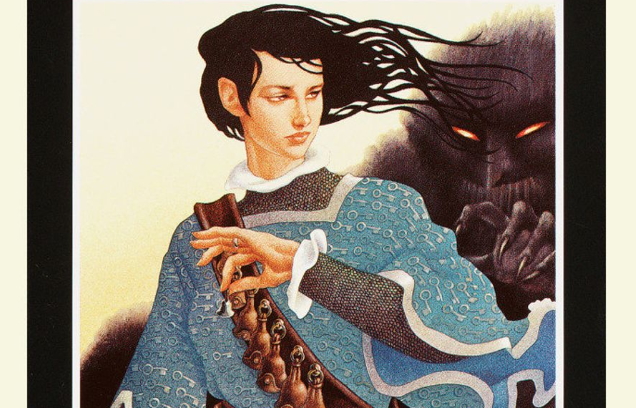 Unfortunately, my book consumption has not been anywhere near as high as I was expecting it to be this year. But I’ve made enough progress to share another bundle of books that I’ve finished in the past few months:

So I had a free credit on Audible that I spent on a promising-looking post-apocalyptic novel called The Last Tribe. And that turned out to be one of the most boring stinkers that I ever forced myself to sit through six hours before giving it up, returning it for credit, and buying Sabriel on a whim instead. And a good choice that was, because this is a delightful discovery of a brisk fantasy read about a necromancer who straddles a WWI-era England-like country and a fantasy nation. She goes on a quest to find her father, who’s been killed, and bumps into all sorts of interesting characters. Bonus enjoyment for the narrator, who happened to be Tim Curry!

Biblical counselor Paul Trip wrote this acclaimed book to give struggling parents 14 principles to help them understand their role as parents. The struggles he shares from other parents are very relatable, but it’s the application of God’s grace and the gospel that truly sets this apart from a lot of parenting tomes. It’s really adjusted how I understand and execute my role as a father, and for the better.

Great quote: “You have been put into your position as parent to display before your children how beautiful, wise, patient, guiding, protective, rescuing, and forgiving God’s authority is.”

John Scalzi has a good imagination for a scifi writer, and I do like the world he conjures up of a disease that “locks” people into their brains, giving them an outlet with robot bodies and a virtual worldscape. The mystery here is OKish and the dialogue rather silly at times, but it kept my attention.

I’ve been slowly reading through this novel of a brother and sister in another solar system who end up separated in space and time after a great tragedy. There’s a whole lot of twists and turns, and the three perspectives lend a lot of variety. I almost gave up on this one in a few spots, but I’m glad I didn’t.

The Sword in the Stone

I always have a nighttime book that I read to my kids, and for the past month, we’ve been going through this origin story for King Arthur. I’ve never read it before myself, and while some of the language is archaic and hard for them to understand, I think we’ve all been enjoying it.