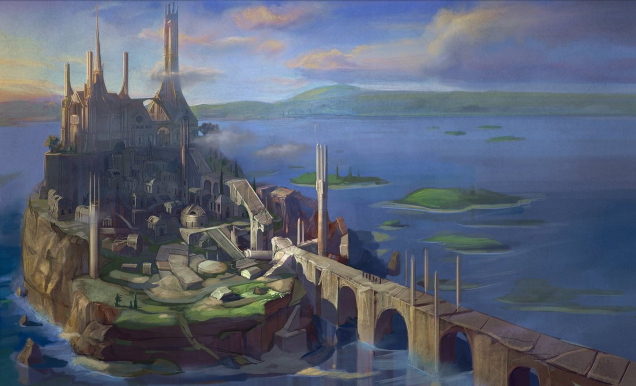 Lord of the Rings Online has gone on a rollercoaster this year, scaling admirable heights before plunging into very stupid depths. And whenever the game’s reputation is plummeting, you can bet that Standing Stone Games’ communication is a key factor in this.

This past summer, the game’s servers started failing all over the place, and instead of getting out in front of it with ample and clear communication about what was going on and what was being done to fix it, SSG hid behind a cloak of vague answers or outright silence. It was infuriating to see, and only after more than a week of customers howling for an official response did the studio’s leadership come out to deliver a few placating lines before disappearing once more.

Aside from that anomaly, the single point of comms for the studio is pretty much its one CM, Cordovan. Now, I know that being an MMO CM is a horribly difficult job that has to balance a lot on one’s plate. I would never take that job in a million years. But even so, I can identify when it’s not being done right.

To sum it up, Cordovan has shown us over the years that (a) he greatly prefers DDO to LOTRO, having come from the DDO community in the first place, (b) easily adopts a defensive posture when criticism draws near to him, and (c) is incredibly stingy with handing out information from the dev team to the playerbase. It doesn’t mean he never talks, just usually not about what needs to be discussed and at the length it needs to be covered.

It’s very frustrating to see this, because hey, I don’t want to beat up on the guy. As a player and fan of the game, I want to cheer the studio and its team on. I want to give them the benefit of the doubt and draw from a bank of goodwill when things go wrong. But man does SSG and its CM drain that bank so dry in its sometimes adversarial way that it treats its playerbase.

One recent example of this comes from a forum thread in which the PvP community brought up an issue discovered in the Update 28 beta test. One very simple way of dealing with this would be to let the community know that the issue was known and the team was aware and/or working on it. Another more gracious way would be to thank players for their diligence in finding the issue and projecting an image of the studio and players working together to improve the game.

Cordovan? This was his response: “In terms of your surprise that me watching a video on Friday afternoon doesn’t lead to changes in the release notes on a Monday morning Bullroarer preview: ok. Besides the reality that my watching one particular video has little bearing on prior awareness of the issue, nor the work that we know needs to be done, it also is highly unlikely that we would turn around a game build for Bullroarer on a weekend like that.”

He’s not swearing at anyone or anything, but do you see it? It’s that hunched over, defensive snarkiness that comes out in so many of his posts. It’s a “get off my back” response to criticism that jabs back at the community. It’s condescending and not helpful at all.

I’m just tired of this. I’ve been calling SSG out on its poor comms for years now, and nothing seems to be improving. Sometimes we get good bursts of information, but it’s never consistent. The end result is a community that often feels as if it’s at odds with the studio, and probably vice-versa. I’d love to see this improve, but I don’t see that happening any time soon.