Twelve years. That’s how long it has been since I last logged into Warhammer Online. I was all hyped and blogging about this game back in 2008 and dove into it head-first… for about a year. By the end of 2009, I was washed out in it, realizing that while it had many strengths, the fact that it was a PvP game at heart meant that I would never be quite at home in it.

And since the game was cancelled back in 2013, that meant that there wasn’t any way to return. That is, until a volunteer crew established the Return of Reckoning server a little while back and made it one of the more popular MMO emulators out there. Since that happened, I’ve had it on my to-do list to dip back into WAR and revisit this title after over a decade away from it. 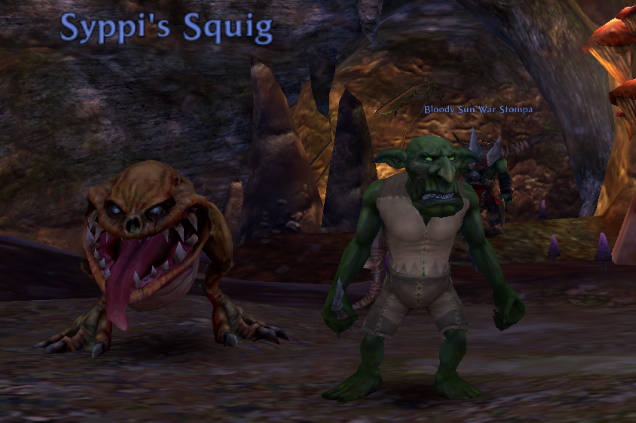 Making a new account, downloading, and logging into Return of Reckoning was incredibly easy. I’m very impressed how smooth it all went, although I had a moment of worry when I saw that the game’s sole server was located in Europe. How bad would the latency be?

I always regretted making a Dwarf Engineer my main back in the day, because I knew in my heart of hearts that the Squig Herder was right for me. I think it might have been a factional guild thing, too, but in any case, this is what I wanted to try. 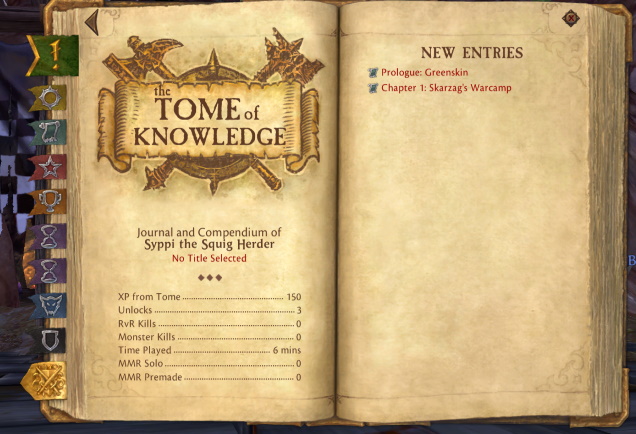 The first thing that impressed me about WAR here is how active the chat was, especially the advice channel that was enthusiastic and welcoming. The second thing was the user interface. It totally skipped my mind how big and colorful the icons were, and I still get a thrill out of opening the Tome of Knowledge to this day. It’s a great idea. Wish other games would’ve stolen this idea.

I’d heard that some of the quest text didn’t make it in the conversion, so I was worried that all of it was missing. It was with some measure of relief that I saw this wasn’t the case (at least, not that I experienced).

Poor dwarfie. At least his beard will live on. 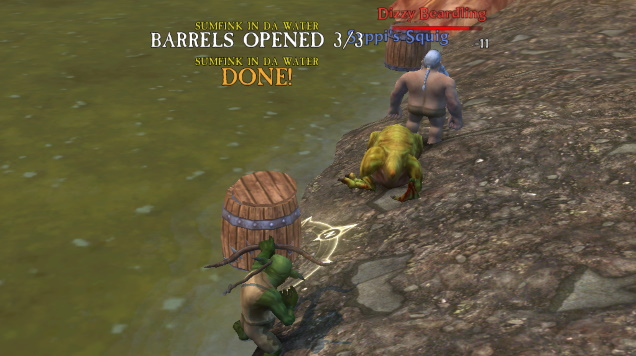 Unfortunately, combat was a noticeable weak point in my first couple of sessions. There was a lot of lag between activating skills and seeing them go off, no noticeable aggro from bad guys until you were standing on their face, and both my pet and mobs would just face random directions while attacking. That’s really disappointing, considering how essential combat is to this game.

One thought on “A return to WAR, a return to the WAAAGH!”