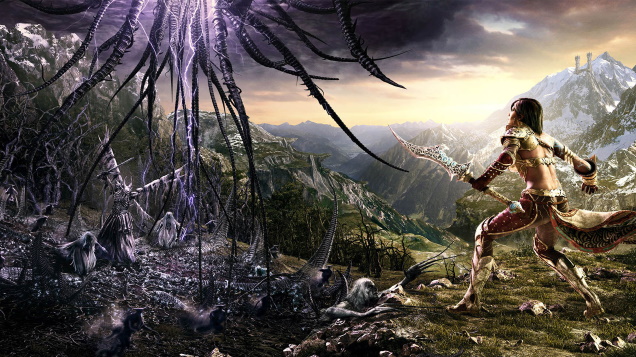 Even when you’re not playing your past favorite MMOs, you still have a fondness and a heart for them — and you certainly don’t want to see them come on bad times. Every time I think about Secret World, for instance, I let out a long sigh and count myself fortunate that I got so many good years when it was still being developed.

And I definitely feel an ache whenever my thoughts turn to RIFT. It wasn’t like it was getting a ton of development prior to the Trion sale, but after Gamigo picked it up, the most significant new additions to the game were the seasonal battle passes. It’d just slowed down to a grinding halt, with the new owners not very interested in talking with the community or laying out any future plans.

For Gamigo, it’s been all ArcheAge and Trove from the Trion acquisition. It shut down Atlas Reactor, brought it back as a horrid flop of a spin-off, and then shut down both Defiance titles. When the Defiance thing happened, Gamigo was offering incentives for players to jump into other specific titles — but RIFT was not one of those mentioned.

Now we have the news that this past week, Gamigo laid off some (all?) of whatever developers that were still on RIFT. First of all, like most of you, I was taken aback to learn that there WERE devs at all. But certainly this news is not good, nor does it bode well for the future no matter how much Gamigo says otherwise. It’s very telling that in a response to the player anguish over this news, Gamigo… highlighted what it was doing with Trove and ArcheAge. That’s not a vote of confidence.

So it might be time — it might be well past time — for us to be saying farewell to RIFT. I’ve seen several people this past week talk about how their RIFT guilds have packed up and moved on to different MMOs now that Gamigo has effectively killed any hope in a future. In fact, I think that the only hope this game does have is that either Gamigo sells it to a studio that miraculously wants to develop for it or it hands the source code to the community. And I don’t really see either of those happening.

This saddens me more than you know. I really loved RIFT and always enjoyed my journeys in that game. It has so much of what I want and love in an MMORPG, and I feel it’s a crying shame that nobody can do something with this full-featured package. It certainly would be easier than starting a new game from scratch, after all.

Maybe the lights aren’t off yet and the servers are still humming… but RIFT’s 10th birthday is probably its last.