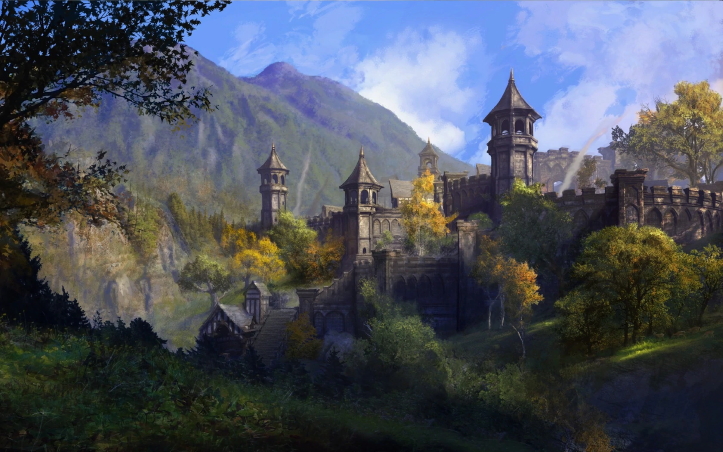 I really haven’t been in any hurry to move on from Glenumbra until I felt like I had gotten everything I wanted to out of this zone. Thanks to going through each and every storyline and getting in my daily dungeons — with an XP scroll running — I hit level 50 before I was even done with my character’s very first full-sized zone in this game! That seems a little weird to me, but never matter, at least I can get gear that I won’t be replacing every two minutes.

It also helps that Glenumbra is a largely pleasant place to adventure. I did all of the skyshards, delves, questlines, and the mini-world bosses (whatever they call those). I was kind of surprised that one of the champion mobs granted me a new costume, but hey, I ain’t complaining!

So it’s probably time to say farewell to Daggerfall and move on to wherever my questlog demands. I feel that I’m finally in a very good place in this game, with a solid build and a better understanding of how you milk all of the goodness out of a region.

It also means that I’m starting in on champion points, coincidentally right after they did a huge overhaul to the system. I think that right now it goes up to a ridiculous number, like in the 800s, so there’s going to be a lot of room for improvement. I’m finding that I’m getting CPs frequently in my adventures, and so I’m investing them wherever I think looks the most interesting without worrying about being slavish toward a build.

Blackwood is right around the corner, of course, and with it companions. I’m definitely planning on moving on to that expansion zone this summer, because I’m all about having a second pet (no offense, big bear). And, you know, hopefully the zone and its stories are engaging as well.

2 thoughts on “Elder Scrolls Online: I am the champion of the wor… of Glenumbra!”