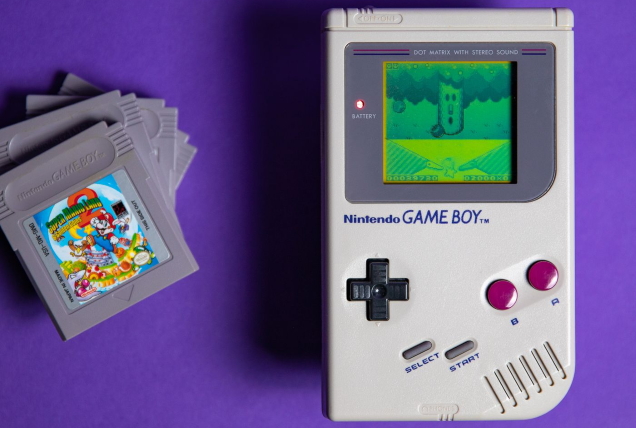 Today, if you don’t mind, I’d like to wax nostalgic about Nintendo’s Gameboy series.

When it came out in 1989, I think every kid in the world desperately wanted one of these portable gaming systems. Nevermind that they were enormously chunky, had a blurry green monochrome screen, and sucked down batteries like crazy — they were a hand-held Nintendo gaming system.

For someone like me who endured much of the ’80s with those cheap Tiger Electronics handhelds, the Gameboy looked like nirvana. It offered many of the classic Nintendo franchises — Super Mario, Metroid, Final Fantasy, Zelda. But I never did get one of the early units and had to borrow a system whenever I had the chance.

It was a whole lot of fun when I did, I should mention. I was particularly impressed with Super Mario Land and it’s teeny tiny version of the platformer that was all the rage.

I actually didn’t end up getting a Gameboy until much later in the 1990s. By then, they had come out with more compact and power-efficient units — and color screens, believe it or not. But the first one that I honestly loved getting was the Gameboy Advance in 2001.

The lack of a backlight made playing the Advance a chore at times, but I persisted because of its amazing game library.  Mario Kart: Super Circuit, Super Mario Advance, Legend of Zelda, and more were at my fingertips, feeling a lot like I had a pocket SNES at the ready. One of my all-time favorites from that era was Final Fantasy Tactics Advance, a game that devoured hours upon hours of battling and leveling.

The SP was a great upgrade from the regular Advance, especially for its foldable compact form and much better screen. And I have a great fondness for the 2005 Gameboy Micro, the last Gameboy to ever come out. It was so tiny and yet worked amazingly well. Before the time when I had a smartphone in my pocket all the time, this was great for gaming on the go.

But now, of course, I have a smartphone — and I never got on board with the DS generation. Still, the Gameboy bridged a decade and a half of mobile gaming, and at least I got to experience a bit of that.