Today’s stop on the Great Game Tour is at 1993’s Dark Sun: Shattered Lands, a turn-based RPG set in the Dark Sun D&D campaign setting. This was one of the titles that led up to a short-lived MMO in the ’90s called Dark Sun Online, but for obvious reasons, I can’t play that. So why not this? 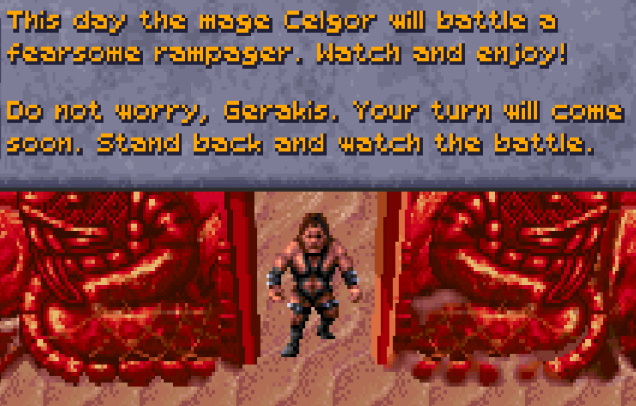 Shattered Lands literally throws you into the deep end from the get-go — your pre-made (or customized) party is tossed without much introduction into some desert gladiator pit. 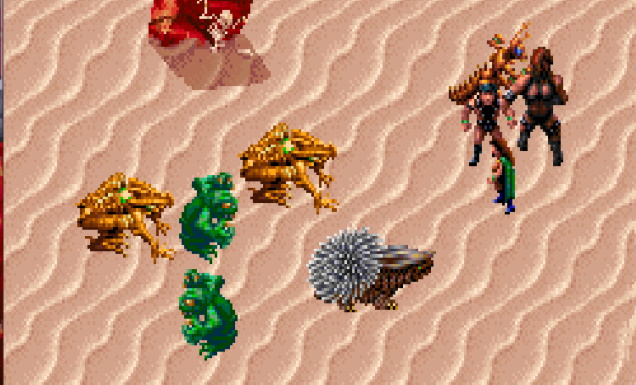 If you ever lament how hand-holdy tutorials are these days, you should jump into one of these older games that will have expected that you read, memorized, and tested well on the manual before playing. Because going into this, I had no idea what to do as a crowd of monsters started to attack.

It was turn-based, fortunately, but still… no directions. I used the cursor keys to walk my weird party — which I think included a giant praying mantis — over to the bad guys and bumped into them while damage numbers went up. Since there wasn’t any sort of HUD on the screen, I didn’t see any options for special attacks, spells, etc. Just a whole lotta bumpin’.

And bump we did for a good 20 minutes. Just wave after wave of attackers. My half-giant did pretty well putting them down, but eventually even his health was worn away and the party was killed off for good. I couldn’t figure out how to leave the arena, but since the game kept implying that I should — and then punishing me with more fights since I didn’t — there must’ve been some way I didn’t see.

Ah well, they all can’t be winners on this game tour!