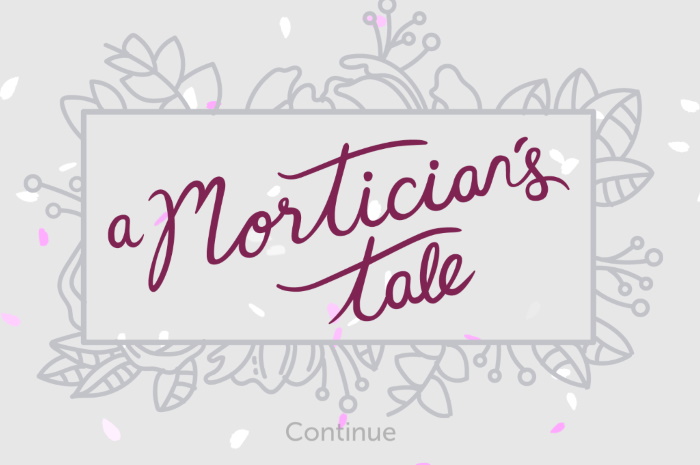 It has been a couple of years since my last Try It Tuesday entry, but I feel it’s high time to dust off this concept and get it going again. If you don’t recall, Try It Tuesday was a semi-regular series where I’d grab one title from my enormous gaming backlog (mostly GOG, Steam, Epic, or Itch.io) and give it a whirl. Just try it out, see how it goes, and at the very least feel like I was doing something about this backlog.

So for today’s entry, I’ll be looking at 2017’s A Mortician’s Tale by Laundry Bear Games. 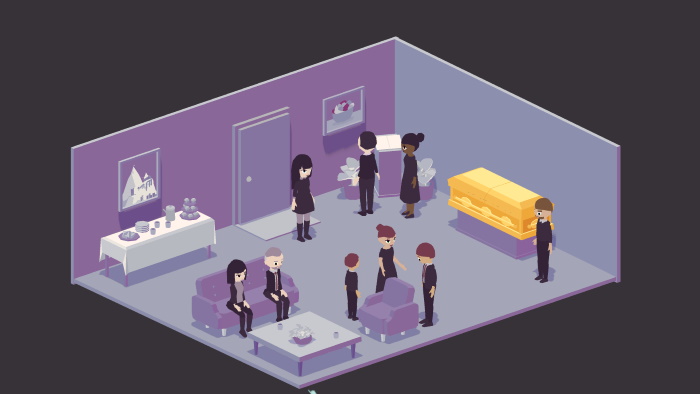 A Mortician’s Tale is an adventure game/walking simulator that covers roughly a year of Charlie’s life. Charlie is a new mortician brought on to work at a mom & pop funeral home that’s eventually taken over by a bigger corporation. That plays out over the background of her regular tasks which are (in room A) to embalm or cremate bodies and (in room B) to attend funerals.

It’s about an hour-long experience that has very little gameplay in it. In fact, the game kind of hammers it into you early on how dull and repetitive this work is — much like many jobs in the world — and takes you through a streamlined process of embalming and cremating bodies. Other than this unusual work angle, the game itself is actually pretty dull. 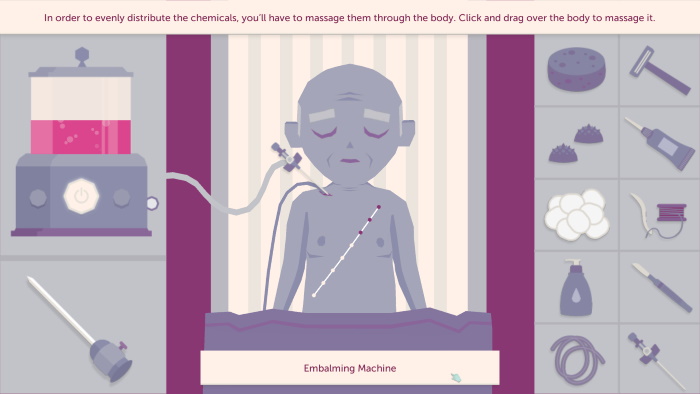 Yeah, I read a few reviews praising how “death positive” this game is and all that, but it’s also a game that barrels at you with an agenda rather than let you explore the ins and outs of funeral home life. That agenda, like the gameplay, is simple: Traditional funeral homes are bad, and more green and modern burial techniques are good. Honestly, it was so simplistic and one-sided that by the closing credits I was downright irked with this title. I had no agency or choice, but instead I was the recipient of a TED talk. Great. That was an amazing use of my time.

Well, at least I can bury this game in my recycling bin, so I guess I’m learning something about the business!

One thought on “Try It Tuesday: A Mortician’s Tale”