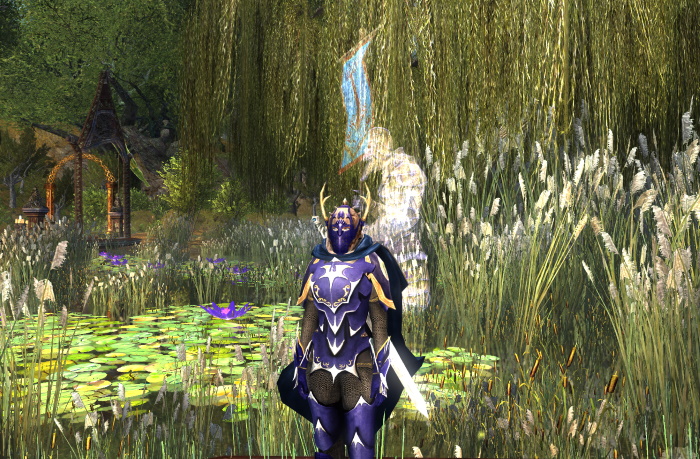 The good news is that the decision to move to my Captain as my main over the past month has gone great so far. I feel tanky, healy, and able to slice my way through most situations, and I’m making progress in getting her leveled up via missions and the epic quest. The bad news is that Gundabad feels like it might be a month or two away, and there’s just no way she’ll be ready for day one.

Which is fine — there are tons of players who haven’t even seen the latest content since they’re still leveling, and the expansion will be there when we get there. However, I do want to get there this fall so that I can write up coverage on it for MOP. 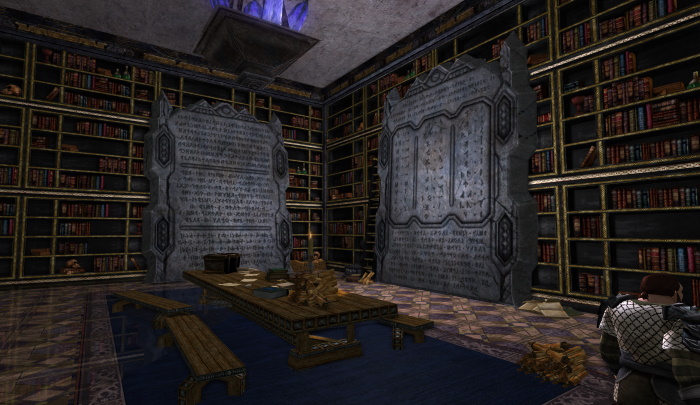 Even though I’m relatively sprinting through the content and zones, I do try to sight-see as much as possible. There’s a lot of detail that the modern team put into these regions that deserve some appreciation, like this dwarf library. And as I said on Twitter recently, I feel that Dale might be one of the most under-appreciated cities created for the game (Lake-Town, too). It’s brimming with style and history, yet so little in the way of questing content keeps you here, which is a shame. 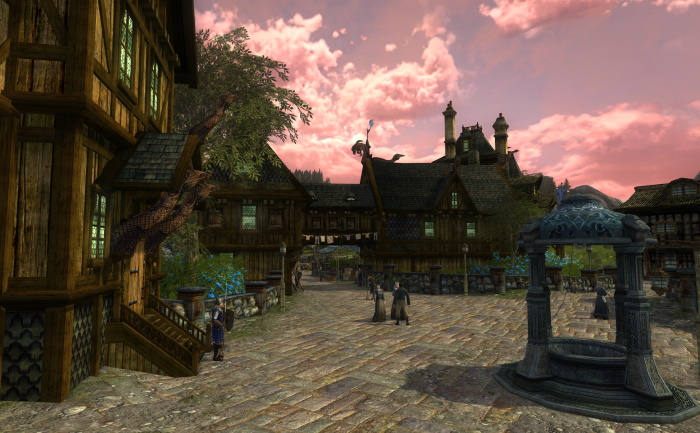 So, a little LOTRO community story to share. The other day I’m playing and half-reading world chat. I see this guy grousing about the state of the game and how he assumes that all high-level players level-boosted, so I push back against this a little, saying that he’s making some big assumptions without evidence, etc. Anyway, we butt heads for a bit and I’m reminded why I generally don’t talk in world chat, so I just shut up after a while and do some stuff.

But here’s the cool thing: The guy sent me an IM apologizing for butting heads, and I apologized for assuming that he was a troll, and the two of us actually had a really positive private conversation back and forth for the next 15 minutes. I know we always point to how toxic communities and the power of the anonymous megaphone can be, and here’s an example of how people can actually bring peace into a conflict and be mature about it. It was encouraging to me.