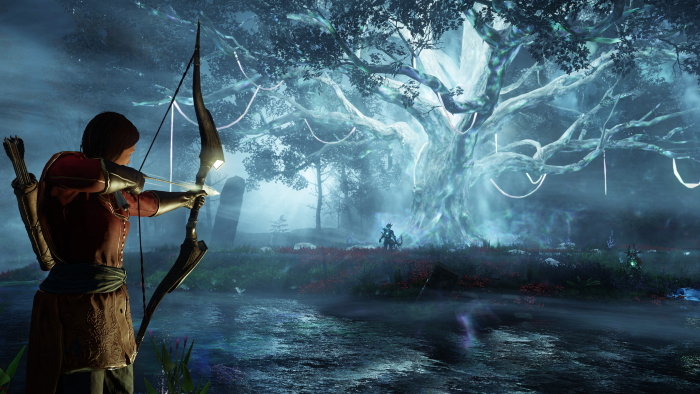 I’ve always done this thing where, when I’m really excited about an upcoming event but have a hard time waiting for it, put it out of my mind as much as possible. I think I’ve done admirably well with the months and weeks leading up to New World. I’ve busied myself with other projects and games. But in these last few days, it’s getting much harder to ignore it.

So I might as well give in? Just torture myself with the wanting while I can’t have it. That’s fine. When I can’t ignore the hype any longer, I go to my reliable Plan B, which is to start making plans for the first week in the game. What do I want to do? What goals would make me pleased to accomplish?

The first thing to do, and the one I’m doing right now, is hunting around for a good guild (company) to join. Since my faction will be impacted by that, I need to know this now versus later. I *really* don’t want to have to reroll just because I found a great group of folks that isn’t in my faction.

I’m not clearing out the day or anything like that — I kind of wish I could do that, but honestly, I know how launches go and would always counsel anyone to take a day off later in the week to play versus on Day One. But for me, it’ll be shoehorned into my regular gaming hours and that’ll be that.

As always, I do want to take my time and really get to know the game. Since crafting is such a big part of it, I want to get on top of that from the start and stay caught up with it, even if it means that I won’t progress in levels as fast as others. I’ll also be working toward saving up for a house, so that’s a long-term goal that requires frugality from the get-go.

I know my character will use the rapier as a main weapon, although I’m going back and forth between the idea of an ice gauntlet or a musket as a secondary. I feel I need a good ranged option, and both of those work for that. The gauntlet shares a nice stat with the rapier, but the musket fleshes out that “three musketeers” vibe. I’ll probably do the musket, but it’s a close call at this point.

In any case, I’m raring to go! It’s been a looooooong time since we had an MMORPG release of this caliber, and I’m glad it’s a game that personally interests me. I really hope it’ll go the distance, but that’s going to depend on factors far beyond my control. So I’ll enjoy it and see where it goes.