The idea of returning to Dungeons and Dragons Online grew in popularity in my head in a matter of days, fueled by — no doubt — the recent update and 16th anniversary. Sixteen!?! Gads, we’re all so oooold. But notions are one thing; actually re-entering an MMO takes a bit more than whims.

First of all, I had to figure out where I left off in the Fables of the Feywild expansion (which, thanks to this blog, I was able to do quickly). Then I set aside a half-hour or so to sort out my over-stocked inventory, laden from all of the freebie dice rolls that I’d done over the last year. I picked out an outfit, leveled up my character (she’s now an 18 Artificer, if that needs to be stated for the record), stuffed a bunch of items in the bank, sold useless junk, arranged potions, remapped keys, and worked on finding an active guild.

Picking back up where I left off, I accepted “Make Believe” — a quest to infiltrate an estate of some rich dude who knows where this other dude is that I’m trying to find. Rich dude is paranoid, so I’ve got to convince him that I’m trustworthy. Hey, wouldn’t you trust a gnome with a machine gun crossbow and a giant robotic murder dog?

While the lord we want to speak to is holed up in a tower, the rest of his estate is overrun with various fantasy creatures. The goal is to gain three or so tokens of appreciation by dealing with the various groups in various ways.

My favorite was Riddlelock, a mimic who just wants to play… a game. Well, a riddle, after which he spits out a still-living guy.

So the quest ends in fighting my way up a tower to deal with an imposter hag at the top, grab a lute left behind by the villain who’s put Lord Arden into slumber, and call it a day. It’s a good first quest back, I’d say! 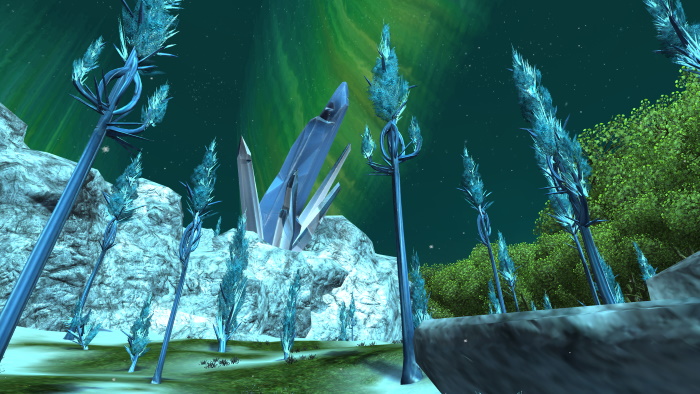 The next quest, “A Frosty Reception,” was a trifle boring as I ran around an ice palace looking for a rare flower. 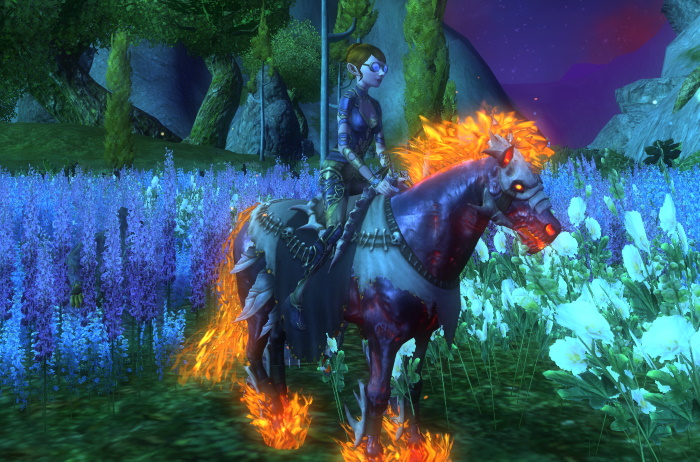 To celebrate a return to DDO, I bought myself my first mount, a nightmare horsie. I’ll call him “Ted.” Ted tends to stick out in a stable — and usually sets it on fire.

2 thoughts on “DDO: Cracking back open the Fables of the Feywild”