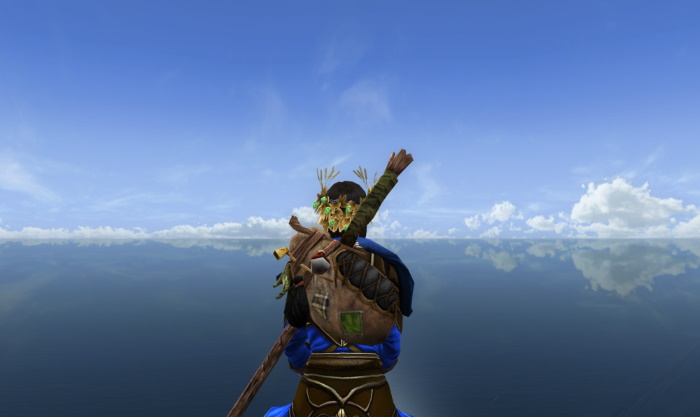 Recently I’ve been working on a column for MOP about MMORPG sunsets — especially ones that were more sudden and shocking. It’s kind of a macabre subject for a player like me who doesn’t want to think too much about MMO shutdowns. Yes, they happen, but nobody’s happiness is going to last if that’s all you think about.

Thinking, one day my game will shut down. This illusion of persistence and permanence is actually less permanent than video games from the 1970s that you can easily access a billion places.

But it isn’t the inevitable shutdown of MMOs that I wanted to talk about today, but rather the evaluation process that comes with returning to or checking out a MMO. Because one of the first questions everyone has, myself included, is “How stable is this game’s population? How active are the developers? Does this look like it has a future or is it circling the drain?”

Case in point, I’ve been thinking about heading back to RIFT for a stint — call me weird — but I love RIFT. I do. I miss it. And yes, it’s technically still operating. It might continue to exist in this limbo of maintenance mode for years to come. But ain’t nobody going to tell you that it has a future. Gamigo could easily shut it down tomorrow and I don’t think most people would blink an eye in surprise. That precarious factor makes it extremely difficult to return, because why would I want to risk getting re-attached to a game and community, only for the increased likelihood of it being taken away in the near future?

It’s also in part why I think players are a lot more skittish in sticking with new MMORPGs. There’s that day one success, sure, but if there’s a drop-off by week two or three (and there always is), people flock away, afraid of a shakier existence and thereby endangering the game’s future prospects. New World is a great example of this kind of Catch-22. Again, it’s not the ONLY reason why people bounce off of new MMOs, but I suspect that the FOTM factor is a major component.

It’s why we look for “healthy” live MMOs with much better odds of endurance and survival. And while the field of MMORPGs is literally in the hundreds, if not thousands, the “healthy” games — the ones with population, activity, development, and other positive signs — are maybe a dozen at best. More, if you expand your definition of MMOs, but not too many more.

In a way, that might drive us back to older MMORPGs that have weathered time and become more constant and dependable. I know it’s where I find a lot of my prospects when I’m fishing around, even though there are newer titles that I haven’t tried yet.

One thought on “The fickle fates and fortunes of MMORPGs”