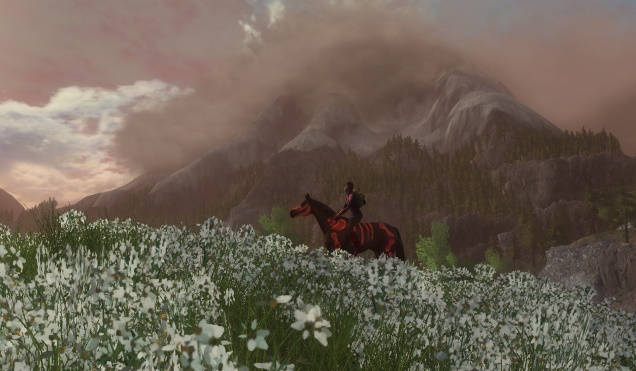 I’m resurrecting another old Bio Break feature in honor of this month’s Blaugust 2019 event, which is a collection of random screenshots that I took recently (or a while back and never shared). First up is a picture of my Lore-master entering Gladden Fields in LOTRO for the first time. 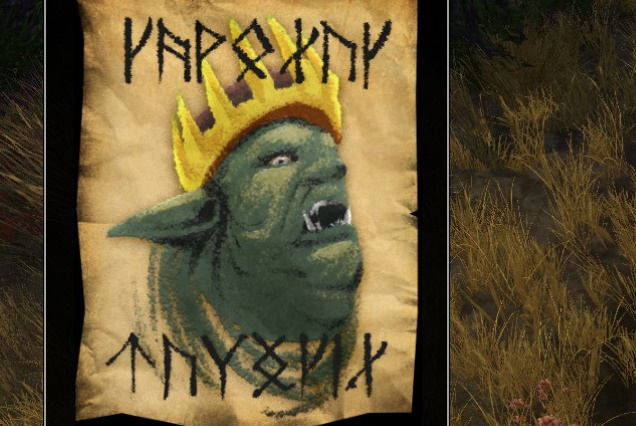 I’m always a sucker for in-universe art, and this LOTRO flyer of the Goblin King amused me. What, is that four chins? 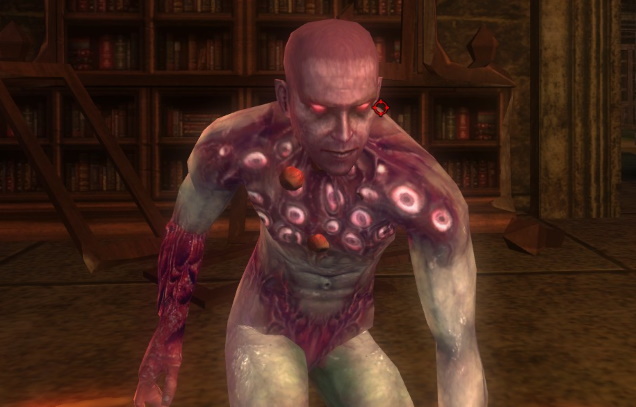 This poor guy in DDO has way too many eyes and too few genitals. Can’t imagine that he’s happy with his lot in life. 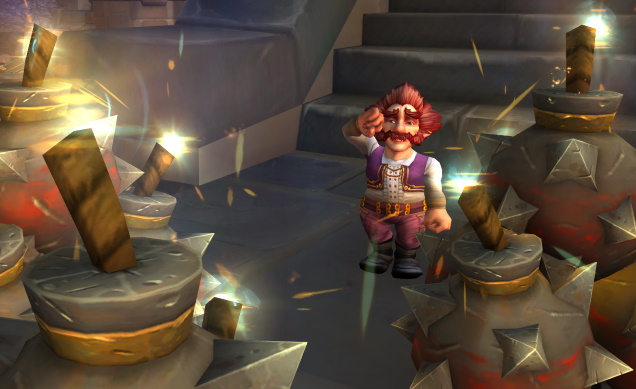 Um… should you be taking the time to pose and salute when there are LIT SUPER-BOMBS ALL OVER THE PLACE? 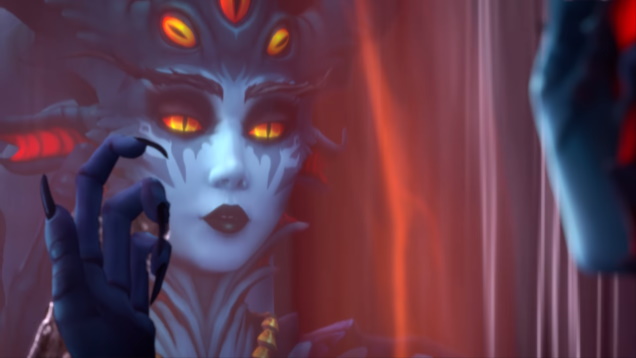 Speaking of too many eyes. A character looking at or talking to their reflection in a game or movie always means they’re disturbed at best or intently evil at worst. 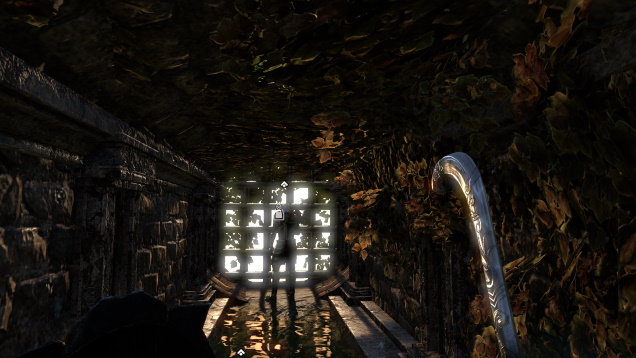 Looking out the exit of this rather floral sewer in ESO. Hopefully those plants mask the smell of poo. 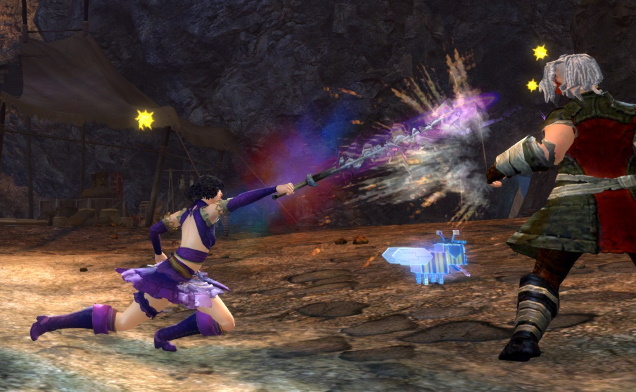 Guild Wars 2 really does have incredibly good attack animations. I love the footwork here of the Mesmer while dueling. 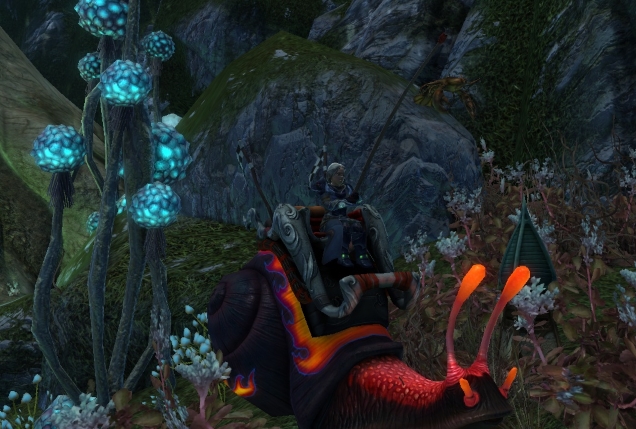 Screenshot Saturday is a feature in which I post a choice selection of screenshots from my gaming adventures from the past week.

So let’s kick off this inaugural edition of Screenshot Saturday with my new snail racing mount in RIFT. Coolest and strangest mount that I’ve ever gotten in an MMO? Quite possibly! It was a gift from @Zyngor, who graciously sent me a spare code for this slimy wonder. 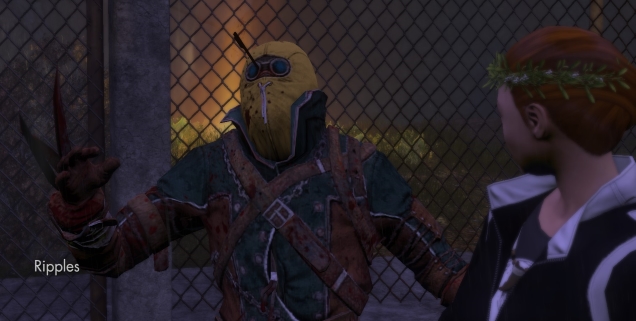 Vampire Hunter takes out a backstabbing vamp with a crossbow bolt to the eye. Ouch. 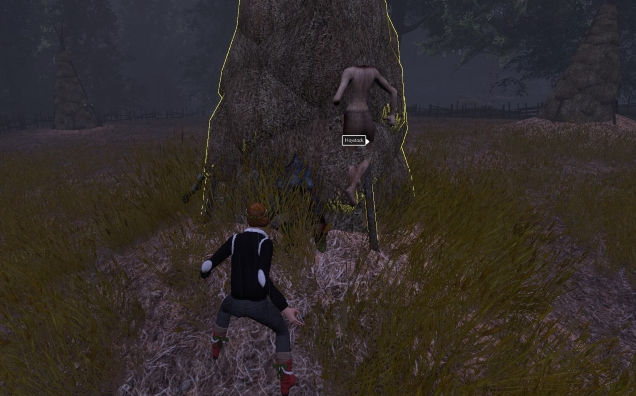 Body parts stuffed into a haystack in Transylvania. Why? Just… why? 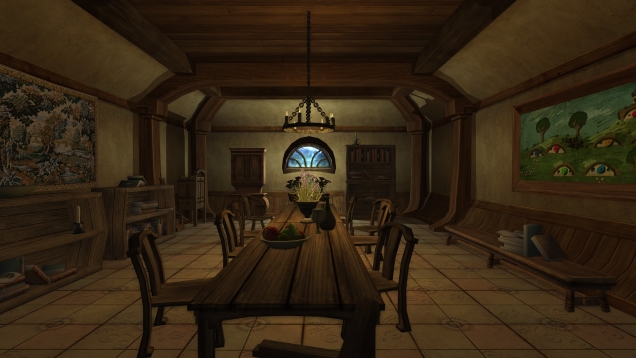 I love how warm and homey Bilbo’s kitchen is in Bag End. Wish there was more food, though. 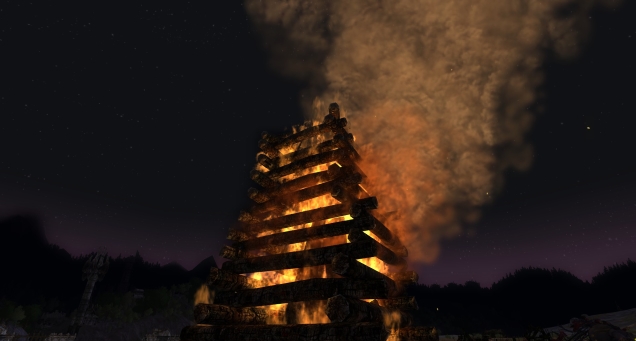 The funeral pyre post-Pelennor Fields is a sight to behold. Was an important interlude before the next stage of our journeys. 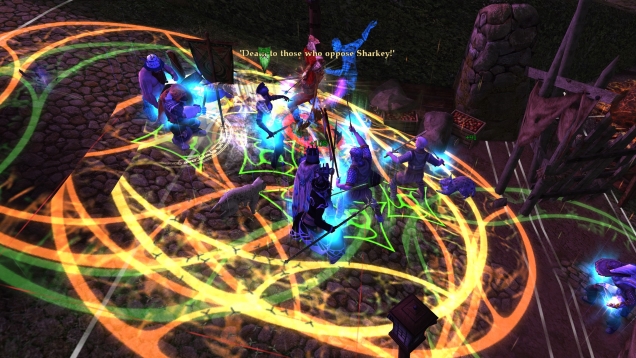 Some friends invited me to do a raid skirmish in LOTRO last week, to mixed results. On the final fight, we plopped down all the banners. ALL the banners. It was like going to a rave. 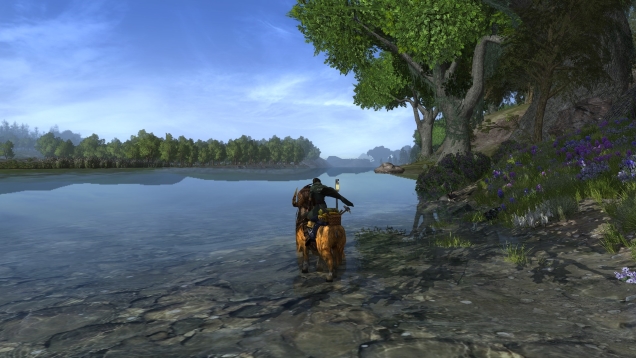 Taking a breather on the shores of the great river Anduin and realizing that I’m now the furthest I’ve ever been in the game. Still so pretty.