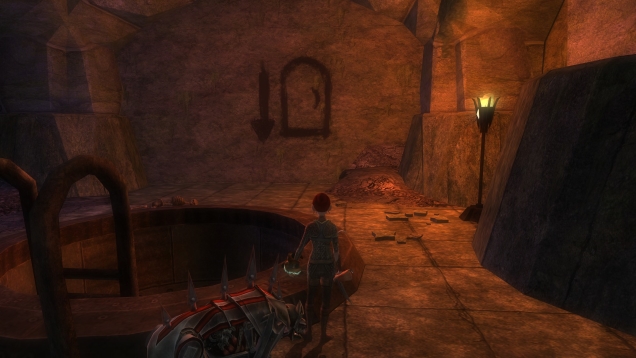 I’m starting to think that DDO is treating me like a very little child who is in constant danger of shooting myself in the foot and getting lost in a straight hallway.

Last week was absolutely tremendous for me in Dungeons and Dragons Online. I wasn’t merely logging on to do a single mission a night, but would often get sucked into doing multiple runs — especially when I got going with a few of the bigger story chains like the Sharn Syndicate, Shan-To-Kor, and my favorite, the Catacombs. I would often stick around to see how it all turned out, with that “just one more” voice urging me on.

This means that I’ve now gotten the Marketplace almost entirely wrapped up, with my Artificer sitting at level 7 for my efforts. My only complaint is that I have absolutely no idea how to pick loot rewards at the end of these quests. D&D has always had some sort of weird calculus expression for what gear does instead of the more streamlined and straightforward stats of modern MMOs, so I am often shrugging when I look at the gear and trying to decide if I should replace what I have or keep it. I look to loot quality and effects, mostly, crossing my fingers that I’m not borking myself in the long run.

Probably the best part of Shan-To-Kor was going down, down, down for a long time in the mission. I really got this sense that I was deeeeeep underground by the time I started exploring these hobgoblin towns. And let me say, I am pretty impressed with how well done — and practical — the hobgoblin architecture is. Looks like a very nice, neat, and orderly city. Shame I had to murder everyone in it.

Because what do I know, I ended up jumping into a group-mandatory dungeon (or a raid? Could’ve been a raid) all by myself. At least I got this screenshot before the first enemy used my face to wipe that dingy spot off the floor.

Another great thing about my adventures is that I’m finally getting past the very boring sewers-and-warehouse settings that were prevalent in the early levels. Lots of very creative designs and some neat sights. And what level isn’t improved by slathering it with spidey-sense?

One piece of gear I will never get rid of is my boots of feather fall. I just love floating down any time I have to jump from heights. It’s even better when I can rapidly fire at enemies down on the floor and kill them by the time I land. 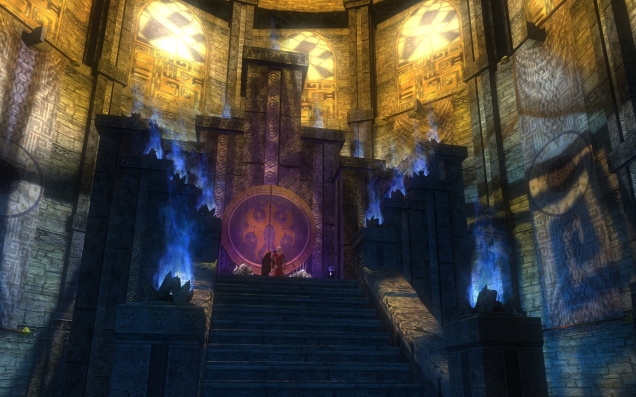 Other than the constant backtracking, I have nothing but praise for Catacombs. So many great levels, some fiendish puzzles, and an exciting ending with a bit of a twist.

Ooh, a ritzy house that I have to go in and plunder? Don’t mind if I do! Again, so much better than sewers.

I really liked this art gallery. You get to play the thief here, disabling traps and using different stats to try to actually swipe the items. I do not regret investing tons of skill points into spot and disarm trap. They are literal lifesavers in this game.