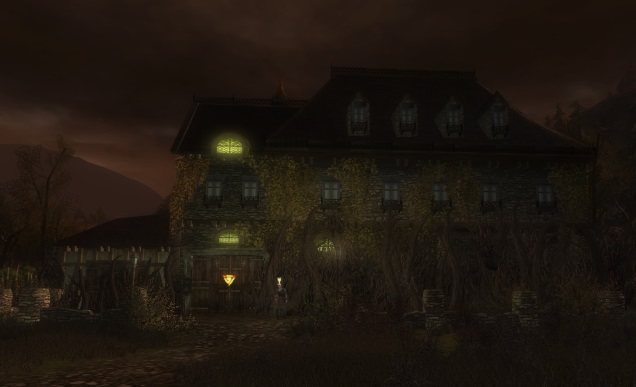 With our regular Dungeons and Dragons Online group out of commission the other week, I turned back to my Artificer’s journey through Mists of VampireLoft. On this week’s episode, a bunch of sober monks are angry at the lack of a wine shipment from the “Wizard of Wines,” and I’m the only one sober AND driven enough to go see why. 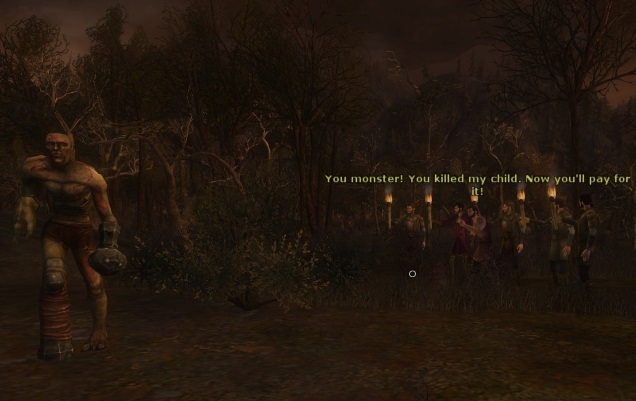 For once, part of this quest involves a trip through the actual outdoors. I come across a Frankenstein stand-in who’s being accosted by a very timid mob with actual torches. And pitchforks. But I’m asked to do the killing, which I do gladly. I’m genial that way! 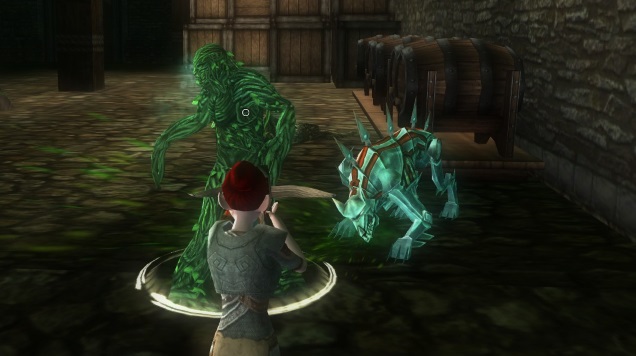 This quest is basically Die Hard — if you replace “terrorists” with “tree-hugging druids” and “Nakatomi Tower” with “a winery.” So the druids have taken over and they’re even going so far to poison the wine! In a country where it’s so depressing that the only way the populace can survive is by getting drunk, this 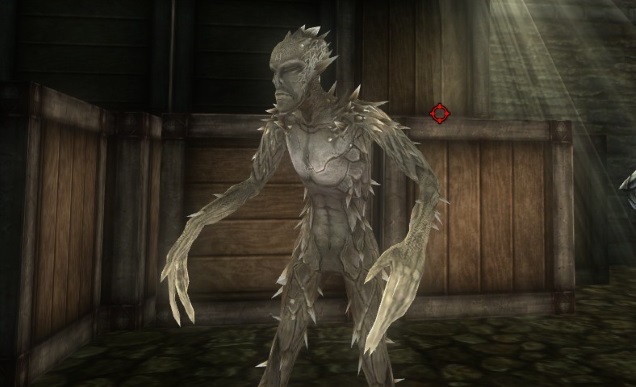 The druidic forces have some interesting-looking models, including Thorny here. He does not look that happy at the hand that life has dealt him. Can you imagine trying to get comfortable enough to sleep at night? 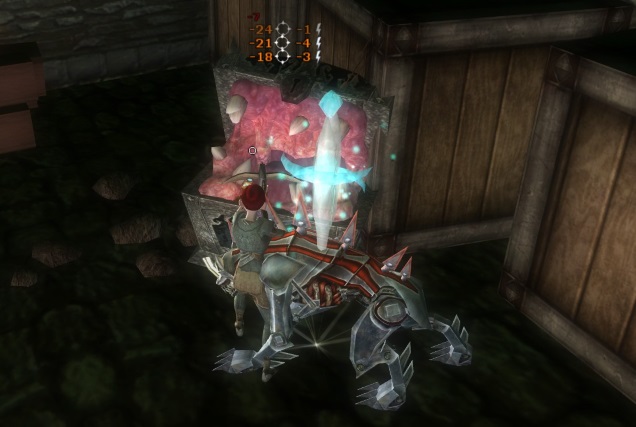 It was also the mimic event, which I forgot about up until a chest started trying to eat me. 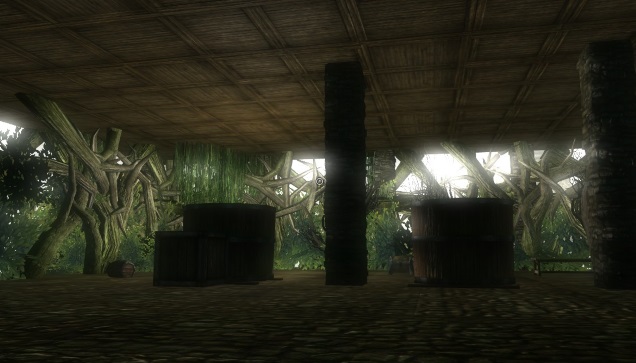 Druids aren’t just content to come in and take over your pad, they have to mess it up with their vines and shrubs everywhere. This is what you get when hippies go too far. 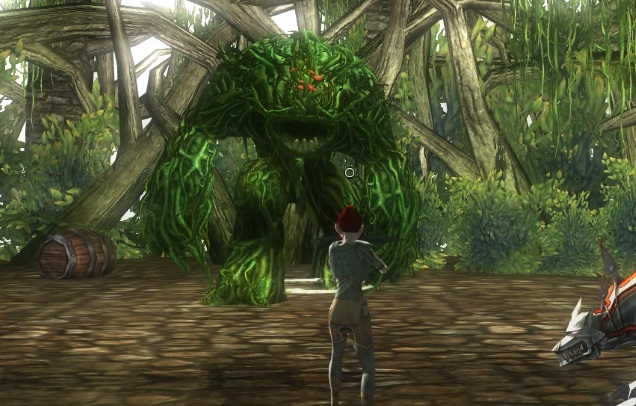 RAWR I AM PLANT MONSTA RAWR

In addition to stealing the three sacred crystals that helped to make the magical wine (seriously), the druids are also working on poisoning the last vat. That will not stand, either. The whole quest, which is actually pretty short, involves coming up with an antidote and also figuring out some way to mask the flavor of the antidote. 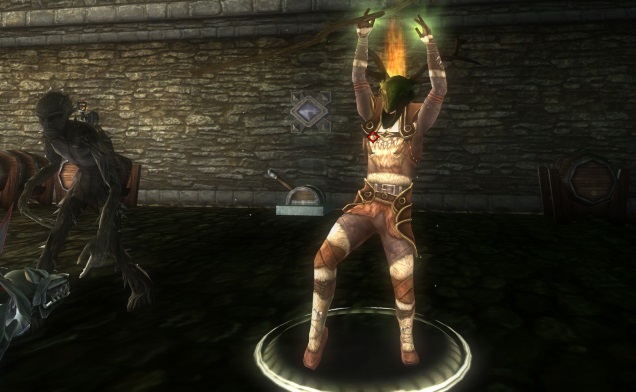 One of the druids does some interpretive dance for me. Much appreciated, pal. 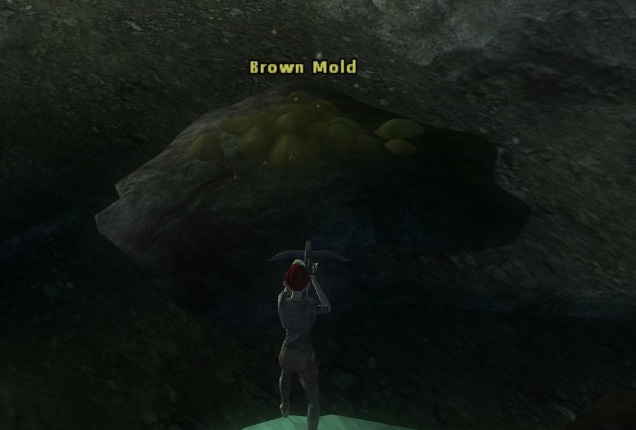 This all leads me up to the epic climax of the quest, which is scraping brown mold off of a cavern floor. You have heroes like Captain America and Batman, and then you have me, Mold-Man. 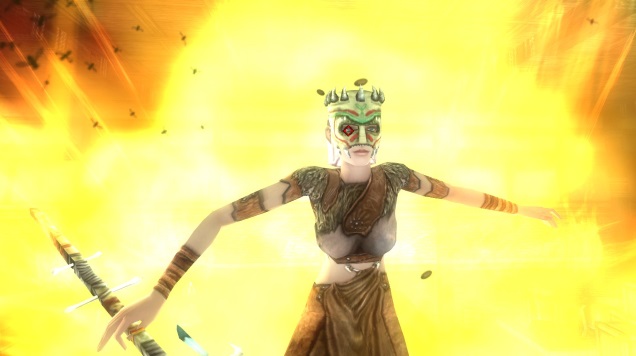 The final boss fight comes predictably enough against the chief druidess, and I die. It’s not that it was a particularly hard fight, but two things happened that tilted fate against me:

Even though I saved the quest, the winery still can’t make the really good stuff, nor is the owner going to ship out any of the remaining good stuff to the people. So why’d I do all of that? That seems like a letdown. Maybe I should bring the druids back, if that’s how you’re going to “appreciate” me.

6 thoughts on “DDO: The Wizard of Wines”