The primary goal of my solo Dungeons and Dragons Online character — my Gnome Artificer — was always to see every quest in the game at least once. I think I’ve been pretty good about pursuing that goal, although so far I’ve been going area by area rather than tracking down quests by level via the Adventure Compendium. I’m trying to rectify a few oversights and get every quest done from level 1 through 12 (my current level), so I’m going back to start at the very bottom of my missed-missions list.

And that means a trip back to Korthos Island for Necromancer’s Doom, which I had overlooked somehow at level 1. It’s a forgettable quick dungeon romp, even on Elite, aside from some frozen corpses that turn into zombies if broken out of their icy tomb. I would think they’d be grateful that I freed them, but nope!

So quick quiz — what’s the best kind of zombie?

Obviously! Because you can kill two terrible things in one blow.

Next up was Recovering the Lost Tome. For whatever reason, this library scavenger hunt didn’t net me any XP, even on elite (while the level 1 quest did), but I’m going more for completion than level gain here. For some reason I have this impression that this quest is not very well liked, although I am not sure why that is the case. It’s one of many fire-and-forget Harbor missions. 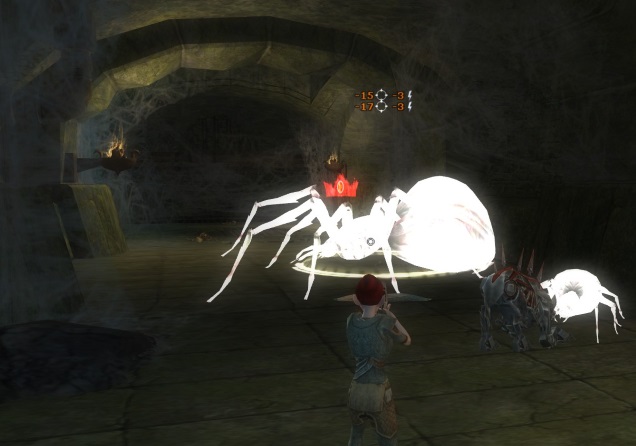 The Swiped Signet was next on my list, another fairly tepid sewer crawler. When you look at the early game of DDO, it’s absolutely packed with the same two or three tilesets, including warehouse and sewer. There are just too many of these, no matter how quickly you can get through them, and it makes me wonder how many players are turned off to the game after their 15th sewer romp before they get to some of the more inventive and interesting locales.

Kobold Assault was next on the list, and seeing as how it was a level 3 extreme dungeon, I can understand why I skipped it way back when. Even at level 12, it’s a tedious affair of killing wave after wave of kobolds while standing still in a fort. One hundred and twenty dead kobolds later, and I am the last Gnome standing. Yay for me.