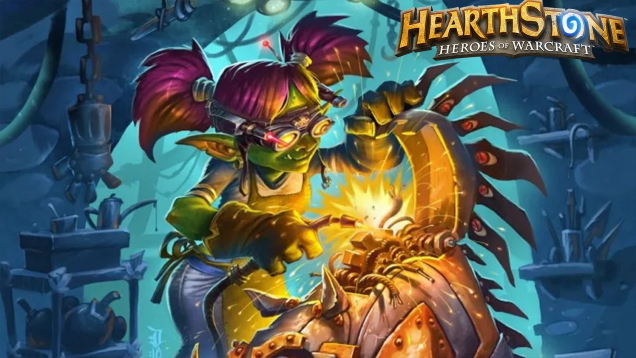 Yesterday no you doubt read the news that Blizzard stepped into it big-time when it banned a professional Hearthstone player for delivering a brief but apparently heartfelt pro-Hong Kong, anti-China statement during an interview. Blizzard didn’t quietly deal with the situation, but came down on it loaded to bear. It yanked the guy’s won prize money away, denounced him in the strongest of language, and even sacked relations with the two interviewers.

All of this, of course, because Blizzard is heavily invested in China’s gaming market — and Chinese companies such as Tencent are financially invested in Blizzard. Dissent under Chinese rule is not allowed, not this publicly, and apparently Blizzard was more concerned with appeasing its business partners/overlords than upholding a measure of free speech and opinions, even in a tricky political sphere.

The callousness and punitive wrath that Blizzard used in this situation immediately caused a massive backlash. I don’t think I’ve ever seen so many people from different political parties and walks of life quickly band together against a decision like this. Nobody likes seeing free speech squelched or one guy have such a heavy boom lowered on him, especially when it’s in favor of an oppressive government. The whole event triggered a Twitter-trending call to #boycottBlizzard, and my feed (and Massively OP office chat) was filled with announcements or discussion about cancelling subscriptions and play hours to Blizzard’s titles.

Now, a boycott is usually done for one or both of these purposes: Because one’s conscience will not let that person support that company/practice any longer, or because one figures that a boycott will prompt change within that company. Used en masse, it’s a powerful social leverage. I watched in fascination as Blizzard got squeezed between the screws of its Chinese partnerships and the wrath of its community, each pushing for its own agenda.

On a personal level, the idea of boycotts has come up every so often in our home. The tricky thing is that when you start boycotting… where does it stop? What’s the line? Companies often do immoral, anti-consumer, and politically motivated actions, and it’s near impossible to keep track of them all. I suppose you do in the spheres that are closest to your interests, but I also find that it’s easy to become a hypocrite who bans one studio for one thing but lets a lot of other things slide. Plus, there’s always the type of boycott where you loudly state you’re not supporting this company any longer… and then, months later, you quietly slink back into its fold.

If your conscience is screaming loud enough that you have to do something — include boycott — then you probably should. But for me more often, the boycott is part of a push for change. It’s voting with my wallet and time, so to speak. And in this situation with Blizzard, I definitely feel that the studio went way over the line in its arrogance and greed, and therefore should not get my attention or money. At least for a while.

3 thoughts on “When do you decide to ban a game studio — and its games?”